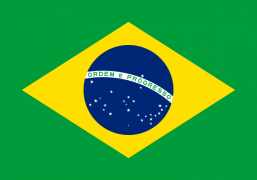 Less than a month after picking up an investment of $150 million, Brazilian fintech Nubank is leveraging facial biometrics to help combat credit card fraud, writes David Penn at Finovate.

The company provides a mobile-centric credit card and offers other payment services via its app. Nubank will enhance the security of its app using technology from fellow Brazilian innovator Acesso Digital to compare facial images of card applicant images with those available from a shared database used by Brazil’s biggest banks, retailers and fintechs. The solution, AcessoBio, will be added to the data analytics technology already used by Nubank. The company said that the addition of a facial biometrics layer to the card application process will reduce both false rejections and identity fraud.

AcessoBio is the largest privately-run biometric database in Brazil, recording the biometrics of a million Brazilians a month. The company’s goal is to record the biometric data of the country’s entire financially-active population within the next three years. With customers in retail, healthcare, e-commerce, and telephony, as well as financial services, Acesso Digital was founded in 2007 and is headquartered in Sao Paulo.

Founded in 2013, Nubank is one of Brazil’s most well-funded fintechs, with support from DST Global Investment Partners, Founders Fund, QED, Goldman Sachs, and others. More than 13 million Brazilians have applied for Nubank’s credit cards and digital accounts. Last autumn, the company announced the upcoming launch of NuConta, a digital account it will offer in addition to its credit card business in a bid to reach the nation’s sizeable underbanked population, estimated at as many as 60 million Brazilians.