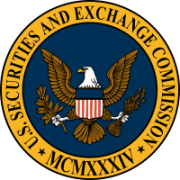 Who is laughing now

The US financial services regulator, the Securities and Exchange Commission (SEC), has charged the three owners of Centra Tech, Sam Sharma, Robert Farkas and Raymond Trapani, with fraud. The latter is the “mastermind” of the scam, according to the SEC.

All three have been arrested.

Centra raised $32 million last year for a cryptocurrency debit card via an initial coin offering (ICO), which was endorsed by boxer Floyd Mayweather and DJ Khaled.

“We allege that the Centra co-founders went to great lengths to create the false impression that they had developed a viable, cutting-edge technology,” says Robert A. Cohen, head of SEC’s cyber unit. He urges investors to “exercise caution about investments in digital assets, especially when they are marketed with claims that seem too good to be true”.

Deputy US Attorney Robert Khuzami says Trapani “conspired with his co-defendants to lure investors with false claims about their product and about relationships they had with credible financial institutions”.

He adds: “While investing in virtual currencies is legal, lying to deceive investors is not.”

The trio exchanged a number of text messages that revealed the phony nature of the enterprise. For example, when a large bank sent them a cease-and-desist letter to remove any reference to the bank from Centra’s marketing materials, Sharma texted to Farkas and Trapani saying they “gotta get that s**t removed everywhere and blame freelancers lol”.

In another instance, Trapani texted Sharma asking to “cook up” fake documents to get the CTR Tokens listed on an exchange. To this, Sharma replied: “Don’t text me that s**t lol. Delete.”

Earlier this month, the SEC charged Michael Liberty, the founder of mobile payments start-up Mozido, with a scheme to trick hundreds of investors into investing in his shell companies instead of Mozido.