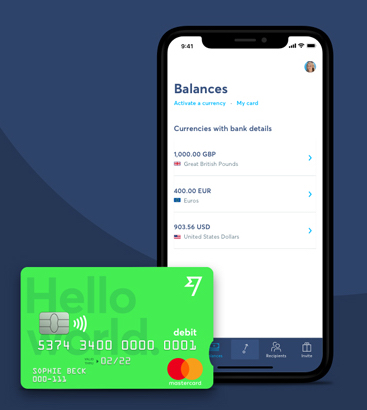 Following the recent launch of a “borderless account” by TransferWise, the UK-based money transfer company recruited Wirecard as its debit card issuer for the new account.

The debit card was privately launched earlier this year to around 1,000 TransferWise customers, with a full public roll-out planned for later in 2018.

TransferWise says the offering is “the first platform to offer true multi-country banking to anyone who needs it”. Previously available only to businesses, it will now be opened up for consumers as well.

The account can hold and convert 28 currencies at the real exchange rate, with local bank details for the UK, US, Australia and Europe.

“That means anyone can send, spend and save money like a local, as well as getting paid around the world with zero fees, as if they lived there,” TransferWise states. Two million people are using its services to transfer over £1.5 billion every month, “saving themselves over £2 million every day”.