And it has a new logo

The UK’s Payment Systems Regulator (PSR) has turned its focus to consumer protection and the survival of ATMs.

At today’s (21 March) launch of its “Annual Plan and Budget for 2018/19” at Glaziers Hall in London, the PSR outlined its two-pronged approach.

By way of recap, at the event last year, it called for even more competition and creativity in the sector.

Now it feels it can build on those previous efforts and says “good progress” has been made against its objectives and it has “a commitment to keep this momentum going”.

At the Glaziers Hall event, Hannah Nixon, managing director of the PSR, said: “We were created to shake up a sector that was dominated by major players, and we have done just that.

“By opening up access in payment systems, we’ve made good progress on levelling the playing field. This is critical to boosting competition in retail banking and improving the range and quality of services that consumers receive.”

Nixon cited its fight against authorised push payment (APP) scams. As reported last month, it announced the outcome of its consultation on introducing a contingent reimbursement model for victims these scams.

In an interview with FinTech Futures at the launch, Nixon gave more details and said this model and new code of practice are intended to be up and running by the end of September 2018.

This means banks will have to reimburse victims and the PSR has set up a steering group to get this in place on time. 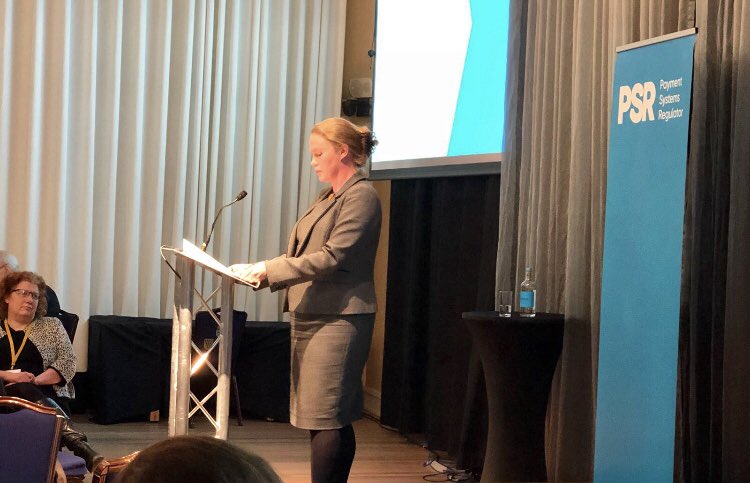 Nixon says the PSR wants a “slick process” so victims have a chance to get their issues sorted quickly and painfully.

She stressed that the steering group is made up equally of representatives from industry and consumers. The group will start its work in the first week of April.

In terms of free-to-use ATMs, these are far from forgotten. Nixon says the number of cash withdrawals may have fallen but the PSR has done two studies with LINK – the UK’s shared interbank network of ATMs.

Interchange fees have been cut to help; but the PSR has been “very clear” with LINK that it must ensure there is a good geographical spread of ATMs and that LINK bolsters financial inclusion.

Nixon says LINK agrees with these points and will report to the PSR monthly on its developments.

The PSR adds that it will intervene if it believes the current broad geographical spread of free-to-use ATMs is “threatened”.

It says the NPA will focus on giving users more control over the timing and amount of their payments with request to pay – “allowing businesses to reduce the chances of payments not being made”.

The PSR adds that it will also help to fight fraud by introducing a confirmation of payee service – “enabling consumers to have greater confidence that they are paying who they intend to”.