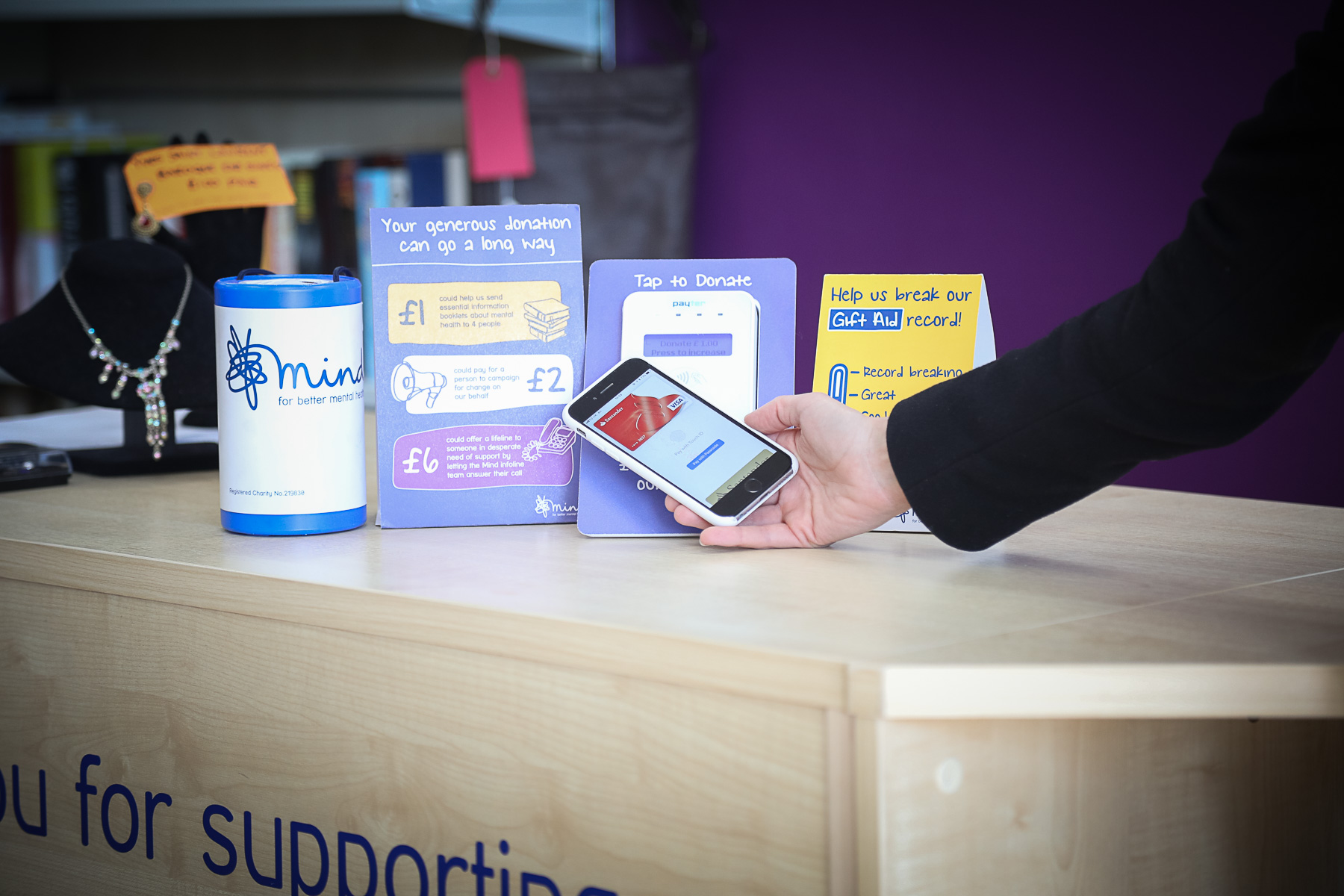 Minds Matter, the retail arm of the UK mental health charity Mind, is piloting contactless donation terminals in ten of its shops around the country to bolster donations.

The 12-month programme started last month with the terminals funded by Santander Corporate & Commercial for the purposes of the pilot.

Santander has been the banking partner for a number of Mind’s retail shops since 2014 and, if the pilot is successful, the contactless terminals could be rolled out across more of Minds’ shops.

Amanda Day, Mind Retail, says: “Santander has become a valuable, trusted partner to us and in helping Mind tackle the challenge of donations is extending its support even further.”

At a time when cash donations are falling and two out of five adults admit they give less to charity as they do not carry as much cash, Mind says industry research shows that the average contactless donation is three times higher than cash collection tins.

The impact that contactless technologies have had on general payment trends in the UK has been “profound” – and Mind states that there are now a total of 108 million contactless cards in issue in the UK, with £3.9 billion spent on them alone in April 2017 (an increase of 148% on the previous year).

Founded in 1946 as the National Association for Mental Health, Mind celebrated its 70th anniversary in 2016. Mind offers information and advice to people with mental health problems and lobbies government and local authorities on their behalf. It also works to raise public awareness and understanding of issues relating to mental health. The charity currently has 158 shops around the UK.