Is fintech the answer to Norway’s credit crunch? 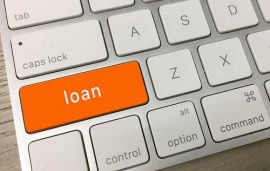 For consumers in Norway, obtaining credit in the form of loans could soon become tougher according to Prime Minister Erna Solberg. Following a tightening of controls in 2017, the government now believes further regulation of the loan industry could be necessary to protect consumers.

“The government will consider additional tightening of consumer lending,” read a joint statement made by the Conservatives, the Liberals and the Progress Party in January 2018.

With operating conditions potentially set to change once again, technology will be the key to ensuring the survival of the country’s credit industry. Indeed, this is certainly the government’s perspective on the matter. After implementing regulatory changes in 2017, a debt database was created. Essentially a national resource that lenders must use to credit check loan applicants, the system is just one of the ways technology has improved the lending process. Indeed, for Norway, this database is the first step towards establishing a more accurate measure of an individual’s ability to repay a loan.

With this sort of technology likely to become commonplace within the next decade, both consumers and lenders should, in theory, be subject to fewer instances of fraud. The knock-on effect of this will be reduced costs for banks and, therefore, improved interest rates and products for consumers. Just as databases are making user profiles more open, the industry itself has been forced to become more transparent thanks to fintech. From a consumer perspective, modern technology has made it easier to find the best deals and, importantly, gain more information about borrowing.

For Norwegians in particular, Norsk Kreditt provides a comprehensive overview of the country’s loan market. As well as comparing the top lenders and their rates, the site educates users on everything from effective interest rates to credit insurance and even the application process. By opening up the industry and demystifying the process, these third-party sites are giving consumers the ability to make more informed decisions.

Elsewhere in Europe, organisations have already started to embrace artificial intelligence as means of improving their service. Barcelona-based ID Finance recently announced the launch of a new behavioural biometrics algorithm AI software. Designed to track and analyse a consumer’s computer habits, the algorithm is capable of predicting possible instance of fraud. By analysing keystrokes, mouse movements and click rates, the AI can determine whether a user is trying to illegally access an e-banking account.

Similarly, Russia’s unified biometrics system (UBS) has been designed to improve bank security. Developed by Tinkoff Bank, VTB Bank and Pochta Bank and Rostelecom, the software will use images and fingerprint data to identify online users. With 40% of banking activity, including loans, now taking place online in Russia, UBS will be used to tackle fraud and, moreover, assess the viability of a potential loan applicant. Such applications are showing the way forward, implementing technology that will likely be picked up by more organisations and even countries in the future. 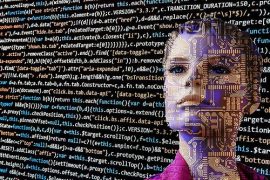 Although the Norwegian government has forced lenders into carrying out better credit checks, there is also a desire to give the general public a better understanding of borrowing. This two-pronged approach has been made possible by modern technology. Although Norway’s political leaders may yet decide to implement more legal changes, technological innovations have clearly improved the way loans are handled by businesses and consumers. This, above all else, suggests fintech could be the answer to Norway’s crackdown on consumer credit.