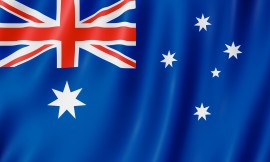 New CEO wanted Down Under

FinTech Australia is on the hunt for a new CEO as Danielle Szetho has resigned less than two years into the job.

Sarah Worboys has been appointed as interim CEO. Until recently, she was the head of strategy and operations at Timelio, a Melbourne-based P2P invoice financier.

“For the last 20 months, Danielle has been the heart and soul of Australia’s fintech community,” says FinTech Australia chair Stuart Stoyan. He describes her departure as the organisation’s “loss”.

Stoyan is himself new to his role, having been appointed chair earlier this year following the resignation of Simon Cant, the association’s founding chair.

“We are in the market for a candidate that can drive our ambitious programme to take the Australian fintech market to the next level,” Stoyan says. “This is a great leadership opportunity in what is Australia’s largest and arguably most exciting start-up sector.”