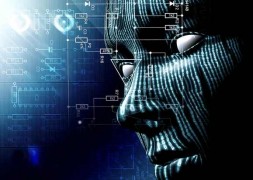 “Spotlight leverages Clinc’s novel machine learning infrastructure and technology and puts the power of world-class conversational design into the hands of banks for the first time,” the vendor states.

A suite of “intuitive” tools and workflows enables banks to train “unprecedented” conversational AI experiences for their customers, it adds.

USAA in the US and Isbank in Turkey have signed for Spotlight.

Isbank, one of Turkey’s largest financial institutions, is building conversational experiences in native Turkish from scratch. According to Johann Hauswald, chief architect at Clinc, the product will go live to “millions of customers” later this year.

“Until today, financial institutions didn’t have the right tools to rapidly configure and deploy sophisticated, omnichannel AI experiences in-house,” says Jason Mars, CEO of Clinc. “Banks are now no longer bound by the roadmap of legacy vendors or constrained by a limited low-tech framework.

“With Spotlight, banks are independently able to expand their capabilities and scale at their own pace using core technology that, until now, has only been wielded by the best machine learning experts in the world,” he states.

“We’re giving banks the keys to the world’s best conversational AI and enabling them to train a type of machine learning that has never been trainable on a platform before.”

Spotlight is available in over 80 languages, can be integrated into any channel (e.g. mobile banking or wallet payment app, Alexa, Google, Facebook Messenger, customer call centre) and can be deployed onsite or hosted in the cloud.