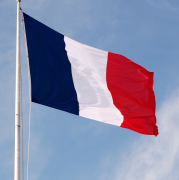 AnaCap purchased Barclays’ retail and wealth management operations in France in late 2016. At the time, the PE firm said its ambition was to create “the leading independent wealth manager in France” and it would invest in a complete technology overhaul to achieve this.

The takeover brought AnaCap €7 billion of assets under management (AUM) and around 140,000 clients.

AnaCap considered various options in the market, FinTech Futures understands, including Temenos’ T24 and Avaloq’s Avaloq Banking Suite. The latter is used by Barclays’ wealth management operations in the UK and has also been rolled out globally (with Tech Mahindra/Sofgen as the main system integrator).

It is understood the implementation of Olympic in France is currently underway.

AnaCap is yet to change the Barclays name to a new one.