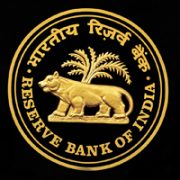 Following from the recent strings of hacks, including Punjab National Bank (PNB) losing $1.7 billion in fraud as well as $2 million stolen from India Union Bank. India’s central bank has given an ultimatum to banks that they must integrate Swift into their core banking solutions by 30 April.

The Reserve Bank of India (RBI) says as “part of its ongoing efforts for strengthening of the supervisory framework in the country, it has been issuing necessary instructions to banks from time to time on a variety of issues of prudential supervisory concern, including the management of operational risks inherent in the functioning of banks”.

Swift is not being singled out, but the RBI says the risks arising from the “potential malicious use” of the Swift infrastructure has “always been a component of their operational risk profile”.

On at least three occasions since August 2016, the RBI has advised banks to implement its safeguards. It adds that banks have been at “varying levels in implementation of such measures”.

In the wake of this “Swift-related fraud”, RBI has reiterated its instructions and mandated the banks to implement the prescribed measures for strengthening the Swift operating environment in banks.

Also, due to the “rising incidence of frauds” in the Indian banking system, the RBI has been decided to create an “expert committee” under the chairmanship of Shri Y H Malegam, a former member of the central board of directors of RBI.

This committee will look at the RBI’s supervisory assessment, fraud, and the measures (including IT interventions) needed to curb and prevent it.