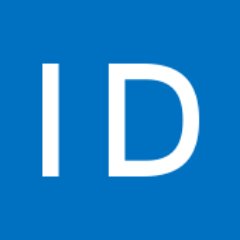 Barcelona-based ID Finance is incorporating behavioural biometrics into its artificial intelligence (AI) based fraud scoring engine as it seeks to eliminate fraud and help loan approvals.

According to the firm, its biometrics system studies the unique typing and behavioural patterns users develop during the loan application process to capture a range of patterns. These include mouse movements, to how fingers interact with a keyboard. The system records patterns such as typing speed, typos, flight time between keys, keystroke depressions, and patterns from actual input.

She adds: “Any deviation from normal usage patterns will raise a red flag even if a user’s password and username have been input correctly. Behaviour patterns cannot be faked and behavioural biometrics offers one of the strongest forms of authentication. We are even considering replacing user passwords with this data.”

ID Finance’s system was developed in-house by its team of data scientists, risk analysts and developers. It says the pilot operated at an accuracy level of 97.6% and has now been rolled out to its seven markets of operation – i.e. Russia, Spain, Kazakhstan, Georgia, Poland, Brazil and Mexico.

The company is also working on developing the technology to extend the system to cover mobile keypads and touchscreen devices. It will capture patterns such as the amount of pressure applied to the screen and how quickly fingers swipe and type.

ID Finance was founded in 2012 by Boris Batine and Alexander Dunaev. It provides loans under the brand MoneyMan.