HSBC’s online and mobile banking went down for a few hours today (16 February) in the UK.

Around 11.45am (UK time) users reported issues, such as a system error message. At about 1pm HSBC said it resolved the issues, but gave no explanation as to what caused the issues. 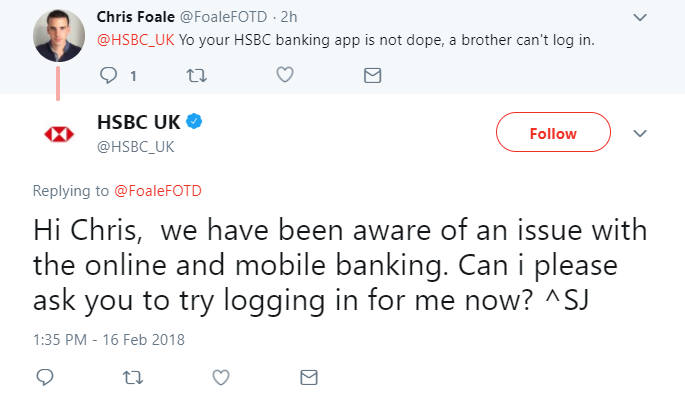 People on Twitter reported the usual frustrations, for example: “I’ve been trying to access my online banking/mobile banking and not working, tried re-installing HSBC app, logging on via PC and now can’t log in at all! What’s going on?”

Technical problems with banks in the UK are quite common.

Last month, customers of Lloyds were affected by an online banking glitch that prevented access to accounts. On Twitter, the bank said there were issues with its “Business Banking” service.