Global investment in fintech ventures reached another all-time high in 2017, with financing rising by 18% to $27.4 billion.

According to Accenture’s analysis of data from CB Insights, the healthy state of affairs was buoyed by a surge in funding for start-ups in the US, UK and India.

These figures, while different, echo KPMG’s positive “Pulse of Fintech” report, published earlier this month. In that analysis, a strong investment of $8.7 billion in Q4 2017 propelled global fintech funding over the $31 billion mark for 2017 – bringing the total over the past three years to $122 billion.

Back to Accenture, and its avalanche of stats.

For fintech financing, the value of deals in the US jumped 31% to $11.3 billion. Deal values almost quadrupled in the UK, to $3.4 billion, and soared nearly fivefold in India, to $2.4 billion. 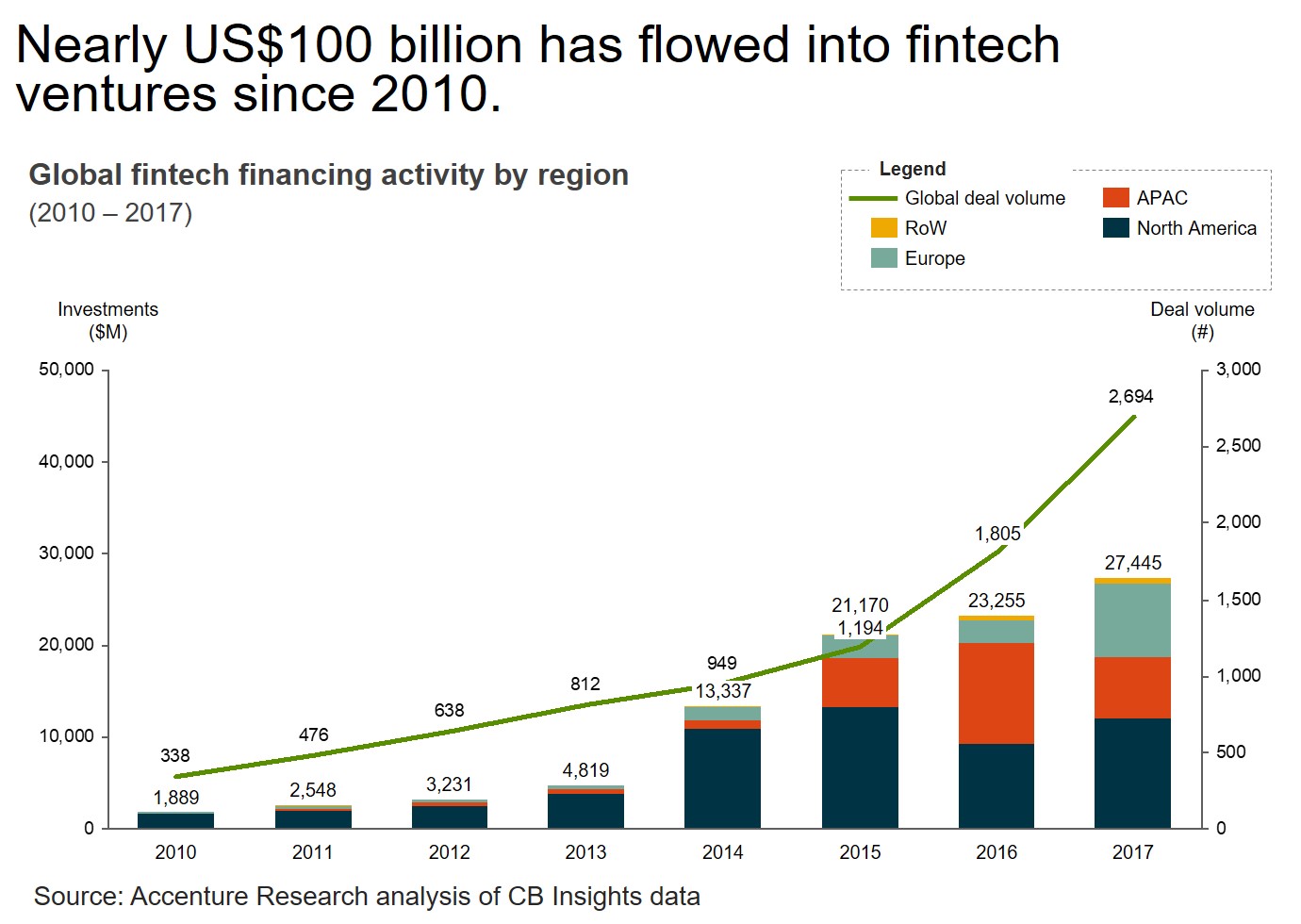 The number of fintech deals also rose sharply, from just over 1,800 in 2016 to nearly 2,700 in 2017, “underscoring continued appetite from investors scouring the globe for innovation in insurance, banking and capital markets start-ups”.

Julian Skan, senior MD in Accenture’s financial services practice, says: “Much of the growth, particularly in the US and UK, has been driven by big new investment flows from China, Russia, the Middle East and other emerging economies.”

Start-ups operating in lending and payments took the bulk of US investments, “mirroring a global trend” and accounting for 60% of the $11.3 billion in the country, the data showed. 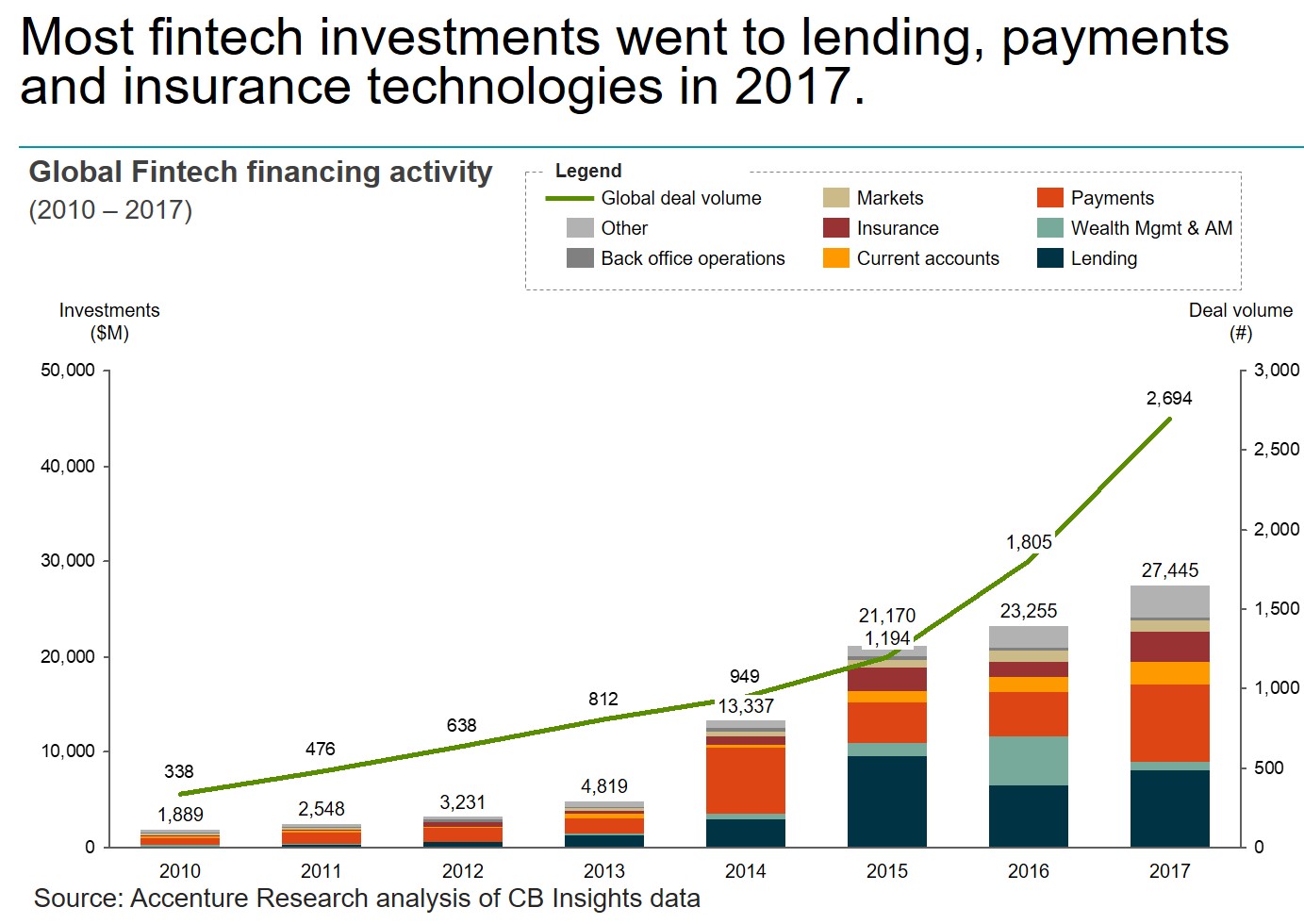 Mega fintech deals that had catapulted China to the top destination in the world for venture capital (VC) money in 2016 fell in 2017, as investors pulled back after pouring billions of dollars into giant-sized transactions.

Funding in the country declined 72% in 2017, to $2.8 billion, from a record $10 billion in 2016, when several companies – including Ant Financial and wealth management platform Lufax – had multi-billion-dollar financing rounds.

The average deal size in China in 2017 was $19 million, down from $186 million in 2016, though the country still had large transactions, such as the $440 million that real estate broker Homelink raised in April and the $290 million that online finance firm Tuandai raised in June.

Global investment in start-ups developing payments and lending took the bulk of funds in 2017, accounting for about 30% each of the total, while those offering insurance-related services garnered 12% of funds.