The largest US banks have acquired only 18 fintech startups since 2013, according to CB Insights‘ research, but activity in the last five months has started picking up.

In total, 2017 saw more acquisitions by top US banks than any other year, CB Insights has found. Since September 2017, there have been six fintech acquisitions made by five different banks. Four of those banks, namely JPMorgan, BNP Paribas, Credit Suisse and TD Bank, made their first fintech acquisitions of the time period (2013-2018) in 2017.

As more banks look to build out their own fintech products, more fintech M&A or acqui-hires could follow, CB Insights predicts. 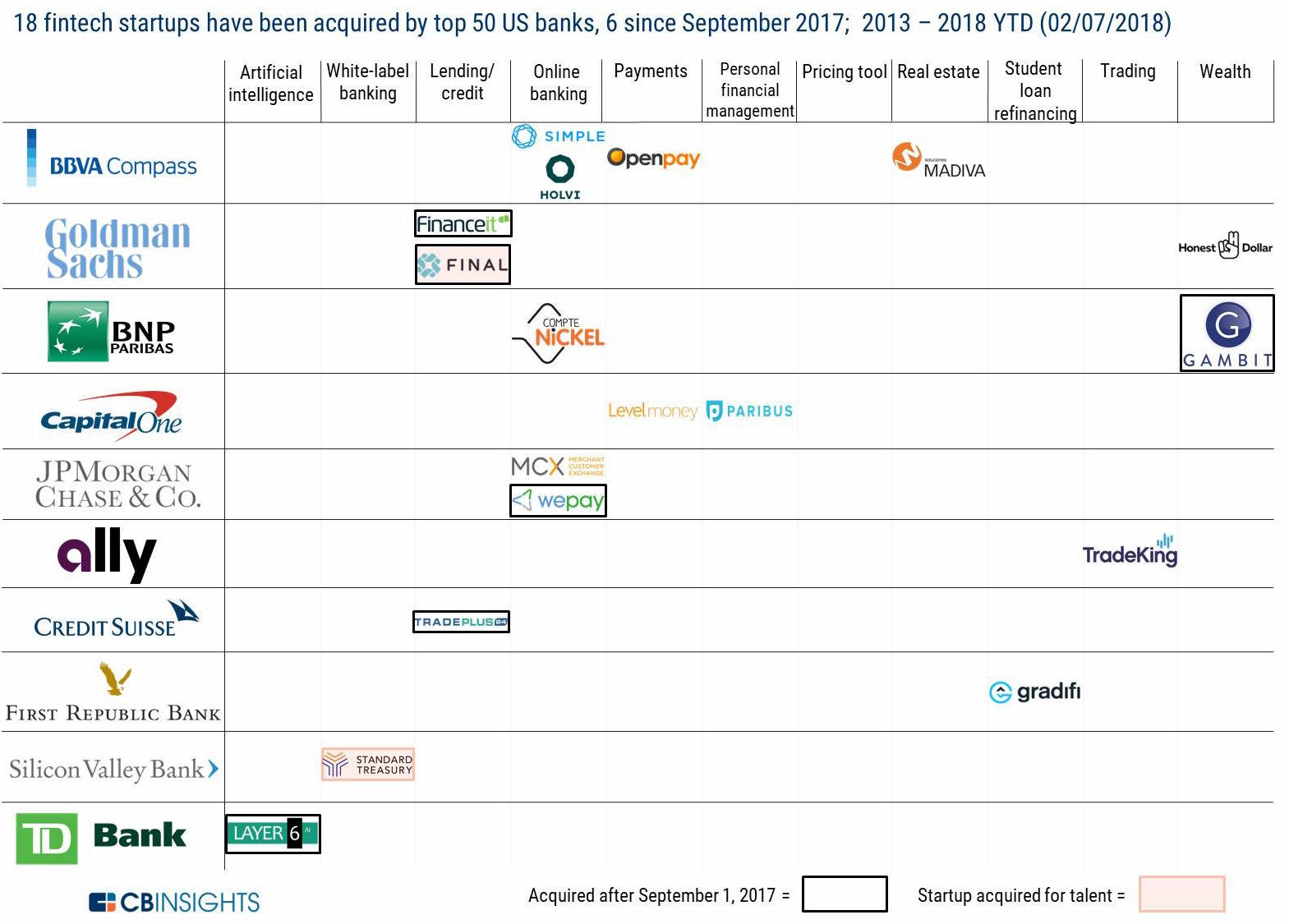