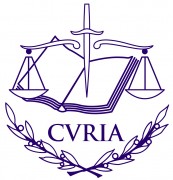 Not an amicable divorce

Wall Street Systems, a long-standing supplier of its Wallstreet Suite treasury management software (TMS) to the European Central Bank (ECB), filed a lawsuit in response to the bank’s decision to sign a new deal with another TMS provider, Openlink.

ECB issued a tender last year for a new system for its treasury management operations. All major TMS suppliers took part in the tender, Banking Technology understands, including Calypso, Murex, the aforementioned Openlink and the incumbent Wall Street Systems.

The vendor then promptly lodged another application for interim measures, in an attempt to prevent the ECB from entering into the framework agreement with Openlink, “the successful tenderer in the call for tenders”, pending a final decision of the court on the appeal.

Wall Street Systems was also seeking to arrange a hearing and to get the ECB to pay the costs of the proceedings for interim measures.

The outcome of this appeal is yet to be made public.