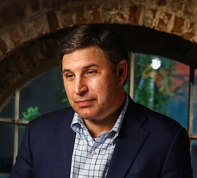 Anthony Noto, chief operating officer (COO) for Twitter, has stepped down from his post at the popular social networking platform. His destination? A job as CEO for lending and wealth management firm, SoFi, reports David Penn at Finovate (FinTech Futures’ sister company).

(As FinTech Futures reported earlier this month, ex-CEO and SoFi founder Mike Cagney was plotting a comeback with a new fintech start-up amidst allegations of sexual harassment.)

Interim CEO Tom Hutton says: “The SoFi board unanimously agrees that Anthony’s deep understanding of technology, consumer, and financial businesses make him the perfect fit to be SoFi’s CEO. We could not be more excited to have someone of his calibre on board.”

Starting at Twitter as chief financial officer (CFO) in 2014, Noto became COO in November 2016. He came to Twitter after serving as co-head of global TMT investment banking at Goldman Sachs, a firm he first joined in 1999, and where he was named partner in 2004. From 2008 to 2010, Noto was CFO for the National Football League. He is a graduate of the US Military Academy, and has an MBA from University of Pennsylvania’s Wharton School of Business.

“SoFi has a significant opportunity to build on its leadership position in student and personal loans to revolutionise consumer finance and build a next-generation financial services company,” Noto says.

Noto arrives at a time of growth for the company. SoFi surpassed $25 billion in funded loans last year, and reported that its student loan refinancing products helped borrowers save more than $2 billion. The company says that in the fourth quarter of 2017 it completed its largest securitisations to date for refinanced student loans ($776 million) and personal loans ($727 million). For the full year, SoFi’s total issuance was $6.9 billion.

SoFi provides student loan refinancing, as well as mortgages and personal loans. The company looks beyond credit scores and debt-to-income ratios to consider factors such as cashflow, career, and education to offer lower rates to borrowers it refers to as “members”.

The company proactively supports timely repayment of loans through a variety of tools, resources, and strategies including temporarily suspending payments in the event of job loss.

SoFi also provides wealth management and insurance services. The company’s investment management solution combines both live advisors and automated rebalancing to give investors advice and support for their long-term financial planning. The company has also partnered with Protective Life to offer life insurance coverage up to $1 million for online applicants and up to $5 million for applicants with a medical exam.

The company has raised more than $2 billion in funding, and has an estimated valuation of $4 billion based on its most recent $500 million fundraising in February 2017.