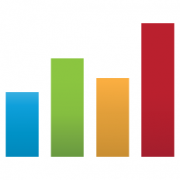 With more than $87 billion in assets, more than seven million members and 300 branches, Navy Federal Credit Union (NFCU) is known as the largest credit union in the world. So it is a pretty big deal for the team at nCino to announce that NFCU has selected its Bank Operating System, writes David Penn at Finovate (Banking Technology‘s sister company).

“With nCino, our employees can service members with key insights gained on the digital banking platform,” explains Dave Ledwell, SVP for consumer and business lending, NFCU. “We want to provide an experience that is quick, effortless and enjoyable, and we see nCino as being the tool to provide these things and more.”

Ledwell describes NFCU’s military-based membership – including veterans and their families – as “some of the best borrowers of any financial institution”.

nCino says its cloud-based platform will enable NFCU’s staff to facilitate the full process of business lending from application to funding faster and more accurately. The technology also gives financial institutions an edge in customer engagement by providing what nCino’s SVP of community and regional financial institutions, Paul Clarkson, calls “a clearer view of members’ needs”.

The company was founded in 2012 and is headquartered in the US state of North Carolina.

The firm has raised more than $81 million in funding – most recently a $17 million private equity round in August 2017 – and includes Insight Venture Partners among its investors. Pierre Naudé is CEO.