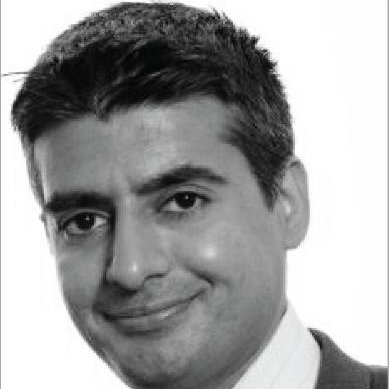 In an exclusive interview with Soumik Roy, our editorial contributor in India, Sidd Gandhi, co-founder and CEO, KyePot, shares his plans for the country’s chit fund (savings scheme) industry.

Developing banking and payments platforms for more than a decade in London, Gandhi worked at Visa and then at Bank of America Merrill Lynch. However, while pursuing his executive MBA, Gandhi was bitten by the entrepreneurial bug.

His research at Cass Business School on rotating savings and credit associations and banking for the unbanked in India inspired him to start his own company.

The idea was to set up a mobile platform to make chit funds more transparent, and he targeted the country’s millions of millennials joining the workforce every month.

As an asset class, chit funds help users develop a regular savings habit. They also allow users to borrow at a comparatively lower interest rate, helping them manage their wealth in the short run.

KyePot, co-founded with Kiran Lakhotia, who has a PhD in computing science and artificial intelligence (AI), was incubated by Startupbootcamp Fintech Singapore before it hit Indian shores two years ago.

Gandhi says: “We’ve built a core banking platform from the ground up, with risk management and user acquisition tools. Using API connectivity, our platform interfaces with traditional external financial services and non-financial services, allowing us to bring group savings and lending to our users.

“We set up shop in India, got a great tech team in place, and are racing to build strong partnerships with chit funds and users. KyePot has also studied four decades of real chit data and behaviour of three generations of users to fine tune its systems and algorithms.”

The idea of building an app to distribute chit funds has three notable points.

First, India is home to more then 30,000 registered and about 300,000 unregistered chit funds, according to various domestic news sources.

Second, KyePot can offer services to the unbanked population (around 19%) in India, most of whom have both a smartphone to access the platform and an Aadhaar card for know your customer (KYC) activities.

Finally, as chit funds struggle to fight their poor reputation in the country, KyePot offers fund selection and monitoring of criteria and intelligent platforms.

Although KyePot isn’t the only player in this space, it wants to transform chit funds into a useful investment for not only the country’s middle class but also for those at the bottom of the socio-economic pyramid.