How the internet has democratised finance

About 30 years ago, it was only a select few who really had any major play in finances, more often than not requiring a high-class degree to do so. Now, thanks to the explosion of the internet and all of the technological capabilities that it brought with it, anyone anywhere can take part in financial trading.

The World Wide Web and the internet opened the world to previously unfathomed opportunities of trading, being able to purchase and sell on almost anything from anywhere in the world. While information and live updates were major moves to ensure that everyone was clued-in as quickly as possible, one of the main areas which have enabled anyone to be a part of financial trading has been the security side. The online community as a whole is continuing to make security more stringent, allowing people to feel safe when dealing with financial matters when on the internet.

Of course, one of the biggest, most recent revelations has been the rise of cryptocurrencies, such as Bitcoin, and the technology of blockchains which they’ve brought with them. While the crypto-world is ever changing, Bitcoin started the year off on a strong note. While cryptocurrencies came into existence thanks to the popularity and power of the internet, they’re not the only areas of finance which have opened themselves up to more people because of this online availability.

Steps from the banking world

You can’t deal in finances without mentioning the banks. While the publication of their numbers and their actions of trade make up a major piece of the online financial scene, their allowance of everyone to be able to do so was a major step towards finance becoming more democratised via the internet.

The major factor has been the development of online banking and online transactions. Being able to access information about financial markets and then emailing in or calling up to make moves was an acceptable, if not time-consuming, process. But now, with people able to transfer money in an instant, at the click of a button – either directly from their bank or by seemingly more secure means such as eWallets like PayPal – the whole process has become quicker, easier, and more trustworthy. 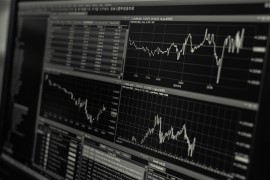 It used to be that only a few people could invest in trading on the foreign exchange through certain brokers, but thanks to the internet, Forex has become more accessible and is now a very inclusive global market. With popularity, naturally, comes competition: Forex brokers are all fighting to get new customers, adapting to offer a range of different promotions, such as deposit and welcome bonuses, and even demonstration accounts. These kinds of offers prove how competitive the market has become, with online demonstration accounts being particularly telling of how brokers are capitalising on the massive availability of their services to everyone – regardless of the trading and investing experience of their potential new clients.

By its very nature, the contract for difference (CFD) market was always going to benefit greatly from the emergence of the internet. Now a well-known type of derivative trading, CFD is all about speculating on the rise or fall of prices on global financial markets – such as Forex or shares. As is always the case in the financial sector, speed is of the essence. With incredibly fast internet that can now offer truly live updates on any matter, as well as being connected to the whole world, services like CFD have finally become a much more streamlined way for people to trade. Indeed, such opportunities are opening up even as far as China. 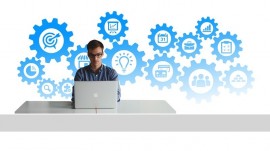 In decades past, to be a part of the finance world, a person would need to go through years of study, often at a highly rated university, or have a gifted and experienced close relative to show them the way. To back up that base knowledge, one would need read the financial section of the newspaper in every edition and subscribe to often rather expensive financial magazines to stay on top of the market.

Nowadays, better financial information services are available all over the internet for free or for a less-costly monthly subscription. Without the need to print, ship, and sell in stores, financial magazines have become even more popular online. The Economist – which covers more than just matters of finance – for example, once lauded itself for having such an exclusive reader base, but now their circulation is well over one million. With live updates and daily articles, people are more up to date when it comes to finances these days. There’s also the chance for everyone to learn more about finance through online university courses – some of which are free to participate in.

It used to be that if someone didn’t calculate a prediction themselves, they’d have to consult a financial advisor of sorts. So people would sometimes spend money to make money or even just trust their gut when it came to financial trading. Luckily now, the knowledge of experts is widely spread online, for example through TED talks by experts such as Dilip Ratha from the World Bank or Audrey Choi, chief marketing officer and chief sustainability officer of Morgan Stanley.

People can now just type into Google an area that they’re looking at backing or going against alongside the terms “expert” and “opinion” and an article will most likely come up sporting some advice on the matter.

Knowledge is power, especially in finance, and the internet has completely democratised this sector. Anyone, anywhere, can access the markets and knowledge that they need to make informed decisions in the financial market.