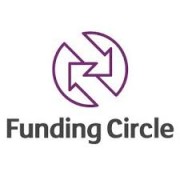 Small-business lending platform Funding Circle is seeking advisors as it plans an IPO this year.

According to reports from Sky News, it’s preparing to go public and plans to have advisors put in place to oversee its £1 billion valuation on the London market.

Funding Circle launched in 2010 and previously had funding backed by Aegon, which lead to a four-year co-operation deal bringing in £160 million of investment.

If everything goes according to plan, existing investors say the firm could hit a £2 billion valuation once it goes public.

Funding Circle says it has matched lenders with funds from £5,000 to £1 million to tens of thousands of SMEs; it now operates across the UK, Germany, America, Spain and the Netherlands – and has distributed more than $5 billion worth of loans since it was founded.