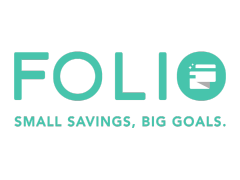 Folio, a banking app that automates small amounts of savings for specific goals, will be closing this month after it failed to meet its fundraising target.

According to a report by AltFi, UK-based Folio planned to raise £320,000 as the first savings app to launch on the Crowdcube platform in July last year.

Folio previously raised funds from investors including Kapital Bank, which was to be used for marketing, expanding its partner programme and driving user acquisition.

Folio currently maintains savings accounts for around 10,000 users, backed by Barclays. It is not known how much it currently holds for its users, though Folio has reported to be holding over £180,000 for 4,000 users at the time of its fundraising attempt.

As of 1 January  2018, the Folio app has been removed from UK app stores with new deposits ceasing two days later. Folio has stated that all funds will be manually transferred back to owners by 10 January.

Folio’s co-founder and CEO, Marvyn Halfon, says in a final statement: “I wanted to inform you that Folio will be shutting down UK operations in the coming weeks. It was an incredibly hard decision as you and 10,000 other people have trusted us to make saving more achievable and fun”.

When it came to customer’s funds, Halfon states: “Rest assured, all funds remain held in protected saving accounts with our partner, Barclays, and are available for withdrawal at any time. The safety of your money has always been an absolute priority, and it will remain one until our last day of operations.”