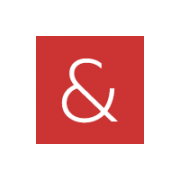 It will rely on a Banking-as-a-Service (BaaS) back-end, and Banking Technology understands DOS & Co is talking to a number of BaaS suppliers at present.

The bank says it will also support individual accounts for different properties, projects, yachts and domestic staff. It aims to have its FX as close to 0% as possible (depending on its platform and eventual model).

DOS & Co also plans to provide its customers a personal banker and won’t be utilising artificial intelligence (AI) or chatbots as it describes itself as “real” private banking, but “digital first”.

The target market is:

DOS & Co is currently gathering market information to build its platform. When launched, membership will be by invitation only initially, to ensure that it has the right number of private banking managers to be able to service its customers.

DOS & Co was set up in 2011. It describes itself as “an advisory firm catering exclusively for family offices and private clients, established to cater to the needs of London’s (ultra) high net-worth community and its diverse and exacting range of requirements”.