WePay to power payments for Volusion 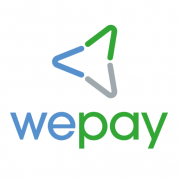 Since it was founded in 2009, WePay has been creating payment APIs and processing payments on behalf of small businesses. Earlier this fall, the company announced it would be acquired by J.P. Morgan Chase in a deal that was finalized today. While the terms of the deal were officially undisclosed, TechCrunch reported that Chase picked up WePay for $300 million (up to $400 million including retention bonuses and potential earn-outs).

Now that the acquisition is complete, WePay will continue to operate as a stand-alone entity and serve its 1,000 clients, including Freshbooks, Constant Contact, and GoFundMe. Under its new parent company, California-based WePay will continue to expand its client-base. The company’s CEO Bill Clerico will remain as head of the company, working alongside Chase merchant services CEO Matt Kane.

“We see exponential growth ahead of us as we combine our fintech products and culture with the global brand, scale, proficiencies, and distribution of Chase,” says Clerico. “We are headed into a massive expansion of our team, with particular focus on engineering and product management, and looking for a new headquarters in the Bay Area to accommodate our planned growth.”

As a part of this growth, WePay will power a new service from Volusion called Volusion Payments. The Austin-based e-commerce company serves 30,000 active small and mid-sized business (SMB) merchants with $28 billion in cumulative sales.

In a statement, Kevin Sproles, Volusion’s founder and CEO, says that the new offering will allow Volusion to help its SMB clients “get up and running instantly, with next-day settlement, competitive rates, and all of their payment processing tightly integrated within the software they’ve already chosen for managing their online stores.”