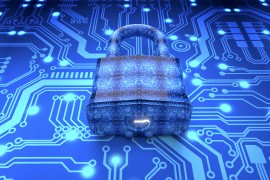 New regulations, such as the European Union’s General Data Protection Regulation law (GDPR), are forcing enterprises to spend more of their IT budgets on security, which could push the overall market past $96 billion next year, according to new numbers from Gartner, reports Security Now (Banking Technology‘s sister publication).

While a number of high-profile cyber attacks, such as the recently disclosed Equifax breach or Uber’s disclosure that millions of personal records were stolen, are a large driver, Gartner found that new government regulations are also pushing businesses to spend more on security.

In addition to the GDPR — which will come into effect in May 2018 and will not only dictate issues of personal privacy, but also control what personal data can travel outside the EU — Gartner cited other laws such as the Health Insurance Portability and Accountability Act (HIPAA) in the US and the new cybersecurity law in China as major drivers of security spending.

Still, the looming issue of a breach remains the number one motivator of security spending, with 53% of businesses citing that as their top risk between this year and the next, and the reason why they plan to spend more.

“Cyberattacks such as WannaCry and NotPetya and most recently the Equifax breach, have a direct effect on security spend, because these types of attacks last up to three years,” Gartner research director Ruggero Contu noted in Thursday’s report.

Over the next five years, enterprises and their chief information security officers (CISOs) will put more emphasis on detection and response, which will also shift security spending, Contu added.

In addition, the report found that businesses continue to struggle with finding enough employees with the right combination of security skills. This is forcing enterprises to either outsource more and more of their security needs or to turn to technologies such as automation to help bridge the gap.

Overall, enterprises are planning to spend most of their budget on security services. That category is expected to increase from a little over $53 billion in 2017 to $57 billion by the end of 2018.

Enterprises are also expected to spend more on infrastructure protection — $17 billion — and networking security equipment — $11 billion — by the end of 2018.