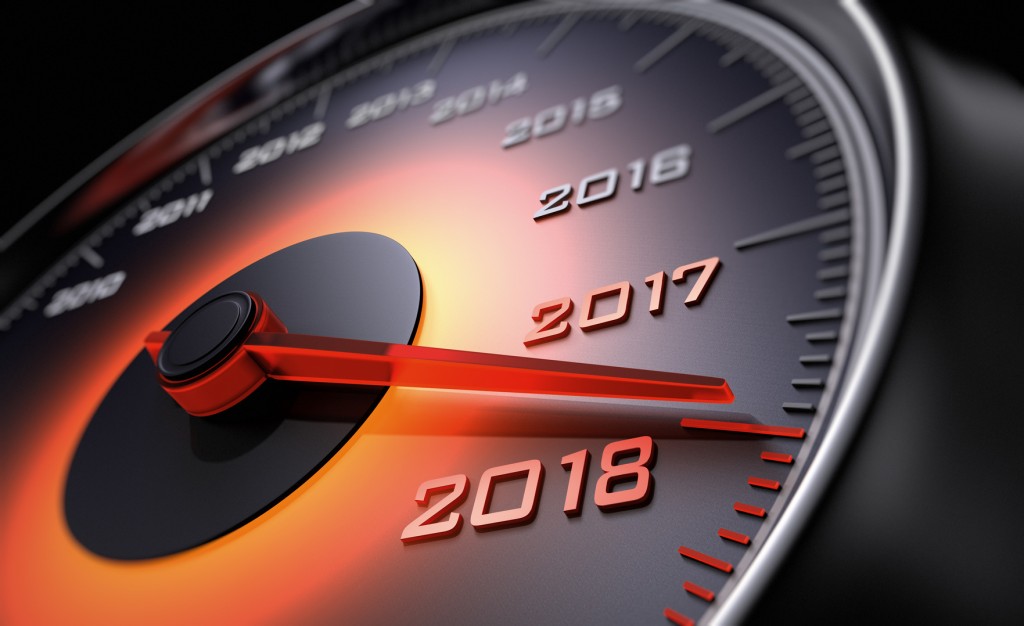 2017 ends with the Bitcoin having surpassed the $19,000 mark. Could this perhaps be a taste of our future monetary system and how it may look in a few years? Questions like these are omnipresent in current media discussions. But what is really behind this?

Main incubator, the research & development unit of Commerzbank, is constantly approached with questions regarding the future of financial services and emerging technologies. It is our daily business to identify trends in banking, participate in them, rank their impact and finally transform them proactively into new prototypes together with our ecosystem and clients.

Looking back at 2017 we have seen some big trends in banking technology emerging, which are likely to become ever more relevant in 2018:

Blockchain: the technology that makes the Bitcoin-hype possible

Everybody is talking about Bitcoin, but only a few are focusing on the foundations on which it is built: blockchain or distributed ledger technology (DLT), which is the underlying technology not only for Bitcoin but for several cryptocurrencies. We share the widespread belief that Blockchain has the potential to strongly disrupt the financial service industry. 2017 has shown the formation and initial success of several cross-industry consortia, which aim to launch DLT based services with shared utility.

A good example of this was the issuance of a euro commercial paper by a four-bank consortium via Corda. Also, the R3 platform as a whole represents the cooperation trend as it partners with over 80 financial institutions and develops blockchain use-cases.

We also saw other consortia emerge for industries such as the internet of things (IoT) and for shipping companies. While these initiatives for the IoT and the data involved offer a huge opportunity for a production-heavy location such as Germany, current issues exist around the interoperability between frameworks, the connectivity to legacy systems and compliance with legal frameworks.

Data: the oil of the 21st century… our engines are just getting started

The 21st century is likely to become known as the century of data, and yet we are only just getting started. Machine learning (ML), artificial intelligence (AI) and big data analytics are still only in their early adoption phases.

In 2017, multiple banks introduced chatbot systems which help to streamline customer interaction. These systems are generally designed for a broad range of banking applications as they are based on ML and natural language processing (NLP). Typical uses include customer onboarding, risk assessments for wealth management or stolen card cancellations.

Data analytics has also been a big topic in 2017. Predominant use-cases are fraud and risk management which prevent fraudulent transactions from being finally executed or where real-time big data analysis support alert systems if risk thresholds are surpassed.

Another trend which characterized 2017 was the increased cooperation between banks, FinTech companies and across other industries as well as the proliferation of banking innovation hubs and labs. For published FinTech partnerships in Germany we can identify a significant increase from early 2016 to 2017 covering various activities across the banking value-chain. To some extent, FinTechs have acted as “digitalisation” enablers for banks.

Outlook to 2018 and beyond: platform banking and tech-heaviness

So, what’s next? We expect to see more use-case and inter-industry or statewide collaboration in Europe and Germany in 2018. This trend may also be supported by wider and active regulator engagement as we have already started to see implemented in other countries. A recent example of this is Singapore, where regulators and banks have just released the first KYC-blockchain prototype. For Germany the identity platform “verimi” might be a good example as the state-owned Bundesdruckerei is – among several leading DAX companies – involved.

Therefore it is not surprising that in the short-term, tech champions such as Google, Amazon, Facebook and Apple (GAFA) or their Chinese rivals Baidu, Alibaba and Tencent might increase their focus on the financial service industry. The latter two combined make up over 90% of the Chinese mobile payment market and their expansion into Europe may increase pressure on established financial services to further push forward innovation.

All in all 2017 was yet another very exciting year for fintech. We are certain that the future of banking technology will continue to surprise us, as more disruptive technologies such as the quantum computer, IoT, mixed and virtual reality (VR) loom large on the horizon.