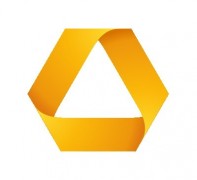 Commerzbank and HSBC Transaction Services have formed a new partnership for securities settlement.

The partnership is due to begin operations in early 2020, with Commerzbank having a 20% minority stake in the joint venture. It will initially be for a period of ten years and both say they expect by 2020, that they will have implemented the technical framework for data migration.

Commerzbank says the venture is part of its 4.0 strategy, which aims to digitalise the bank and cut costs, accounts for investments and expected medium-term savings.

“The partnership with HSBC for securities settlement ties in with both these aims. In the future, we will be using HSBC’s securities platform and achieving clear cost benefits,” says Commerzbank COO, Frank Annuscheit.

This news is only the latest of partnerships that Commerzbank has formed over the last year.

Back in October, Commerzbank was among the five banks partnering with IBM to launch a blockchain-based trade finance platform, called Batavia.

In the same month, alongside R3 and 21 other member banks, it partnered to develop a solution that leverages distributed ledger technology (DLT).

Unfortunately, not all partnerships go to plan as back in August, Commerzbank and BNP Paribas ended their Munich-based lending joint venture (JV), Commerz Finanz.