Coinbase caught up in Bitcoin blowout

What happens when you’re facilitating the trade of a product that is experiencing extreme hockey stick growth? You expand your team and operations as quickly as possible, reports Julie Muhn at Finovate (Banking Technology’s sister company).

This is what Coinbase, an exchange platform for Bitcoin, Ethereum, and Litecoin, is experiencing. The California-based company will have plenty of war stories to tell once this season mellows out. After Bitcoin blew past $16,000 earlier today (7 December), the firm tweeted:

The New York Times, in its piece “Coinbase: the Heart of Bitcoin Frenzy”, explained Coinbase’s popularity over other cryptocurrency trading platforms. Author Nathaniel Popper says: “Coinbase has been the dominant place that ordinary Americans go to buy and sell virtual currency. No company had made it simpler to sign up, link a bank account or debit card, and begin buying Bitcoin.”

Because of this growth, Coinbase now has more customers than E-Trade and Charles Schwab, having increased by 7.8 million accounts since January of this year.

However, Coinbase CEO Brian Armstrong sees past the hype into a more stable future for cryptocurrency. He told the New York Times that Bitcoin is “probably a little bit too focused on the price or people trying to make money”. He adds: “The thing I’m passionate about with digital currency is the world having an open financial system.”

Coinbase isn’t the only one experiencing growing pains. Banking company Revolut, which launched a cryptocurrency trading feature recently, sent out this series of tweets this morning: 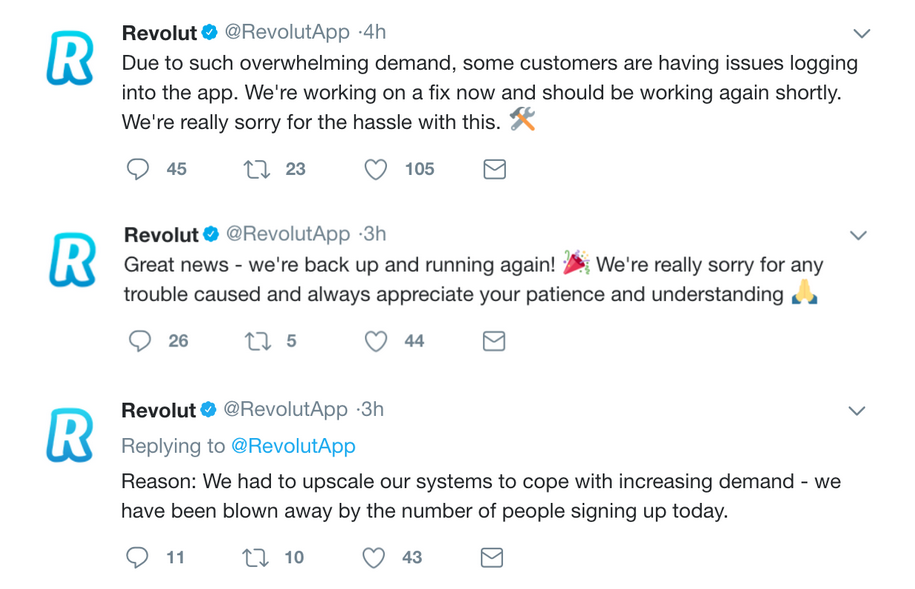 In August, Coinbase became a fintech unicorn after it closed a $100 million round of Series D funding. At that point, Pitchbook estimated its value to be $1.6 billion.