It’s been a week since our last round-up (11 December 2017), so we’re overdue another. So how about more of the latest in Blockchain and Bitcoin news. Features ABI Lab, R3, the government of Estonia, Chronobank and Bitcoin.com. 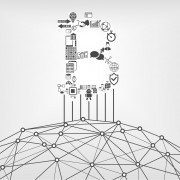 ABI Lab says it will utilise Corda’s distributed ledger technology (DLT) to “address cumbersome, outdated and time-consuming reconciliation practices and the challenges associated with managing bilateral data sources”. And in co-operation with NTT Data Italia, they will also explore the applicability of DLT to issues such as the time taken to identify mismatched transactions. The overall aim is to verify the opportunities opened by DLT to further applications of domestic and international banking processes.

Now for something different, the government of Estonia has revealed plans to launch a programme focusing on the integration of cryptocurrencies into its economic system, as it seeks to expand its financial resources. With the hopes of raising €30 million through a “TokenEST” initial coin offering (ICO) in January 2018.

Partnering with Chronobank, which uses an Ethereum-based blockchain for recruitment, it will assist with the crowdfunding in 2018. Two organisations are said to be formed from the programme: the non-profit TokenEST SA and the commercial token, TokenEST OU, which manages operations. The government says some of the goals are to promote the country’s development and education, advise ICO start-ups, and assist with their launch and provide provision of technical solutions and services.

In funding, Finom has raised an initial $37 million for its blockchain-powered platform and artificial intelligence (AI) assistant, with further funding expected before the token sale closure on 30 December.

The project, which was grown out of five companies, released both security FIN and utility NOM tokens. The FIN token follows under Regulation D of the US Securities Act of 1933, in which its holders will be able to receive dividends as traditional stockholders do. The company says over time it will help the system adapt to users’ goals and offer relevant solutions. Finom plans to introduce cryptocurrency wallets with linked debit cards and a cryptocurrency bank with a network of terminals by 2020.

Finally, when it comes cryptocurrencies you’re either amongst the investors or against and in the case of co-founder and CTO of Bitcoin.com, Emil Oldenburg, it’s the latter.

Bitcoin is “as good as useless” according to Oldenburg, and he’s not the only one on the same page, as Christoffer Hernæs at S-Banken says the same in our industry comment. For Oldenburg, however, it’s not about the damaging effect it has on the environment, but instead, people need to sell off their Bitcoins before everyone realises how illiquid the market is. Stating that Bitcoin’s drawbacks are high fees and transaction lead times; and that resistance to change is hurting the old Bitcoin network. Oldenburg believes the future is in Bitcoin Cash (BTC), a spinoff currency of Bitcoin, that is being promoted by Bitcoin.com – so, either there’s truth in his words, or it’s a devious ploy to raise the market cap of Bitcoin Cash. You decide.