Three reasons Asia is the perfect incubator for fintech innovation 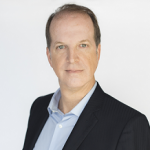 A report released last year by EY and major Singaporean bank DBS declared China the “undoubted centre of global fintech innovation and adoption”. And China isn’t the only Asian country making waves in the fintech sphere. Overall fintech investments in the Asia-Pacific region reached $10.5 billion in 2016 – the highest amount witnessed to date since 2010, according to CB Insights data.

Why Asia? A variety of factors contributed to the region’s rise to the top, but here are three major reasons for the impressive fintech advances the world is witnessing within China, Indonesia and the 20+ additional countries within the region:

Due to the acquiring landscape in Asia, which has systems that are often not comprehensive enough or based on older ways of doing things, these countries with high mobile phone penetration are driving the replacement of more traditional payment counterparts.

Until recently, many Asian governments have been laissez-faire when it comes to fintech, offering an open regulatory environment. Structural imbalances in the financial system are especially common in China, where large banks traditionally focus on large or state-owned companies, leaving small- and medium-size businesses underserved and prime targets for fintech solutions, like digital P2P lending.

Scandals from some of these P2P lenders in 2016 gave rise to government regulations on fintech, but it wasn’t until this year that the boom in fintech growth caused China’s main financial regulator, the People’s Bank of China, to create a committee to study, better understand and regulate the fintech industry.

Despite the evolving regulations, it’s the government-endorsed Social Credit System (SCS) that means an even greater potential to open the fintech market is on the horizon. Expected to be operation by 2020, the SCS will assign a credit score to every citizen and business in China based on their financial and social behavior. The controversial system offers unlimited potential for fintech integration.

3. Asia’s consumers don’t worry about online security as much as Americans

According to a survey conducted by Nielsen, the US population was the most concerned with online security of all the nations surveyed. 59% of US consumers reported being unwilling to shop online with a smartphone, citing privacy issues as a concern. Comparatively, only 35% of consumers in Asia-Pacific reported the same concern, while 49% of digital retail sales come from China alone.

If Americans are unwilling to try new fintech for fear of their personal financial information getting into the wrong hands, it stands to reason that the space will grow more slowly than it does in areas where that isn’t as great a worry.

As the fintech space matures, Asia is the region to watch. It will also be interesting to witness how the notoriously competitive startups in Silicon Valley respond to the challenge of squaring up to this new global leader in fintech – and the moves US innovators make in an effort to reclaim the title for their own.

Educating the US population on how their financial data are kept secure and protected during mobile payment transactions would be a positive step in that direction, but it also makes sense for companies to begin to think globally with the markets they service.