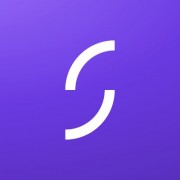 UK-based challenger bank Starling is taking the battle to lenders after being granted a contract allowing for a big push into wholesale banking in Europe, according to the Telegraph.

The Telegraph says that Starling received a payment services contract with the Department for Work and Pensions to assist with verifying benefit claimants for credit.

The contact will allow for Starling to utilise a system to make initial small payments as a means of identity verification.

Starling has also been accepted into the EU’s payments system, Target2, to allow for faster payments for major banks and large companies. This coincides with the announcement of its European expansion, starting with Ireland.

Also revealed by the Telegraph, Starling is planning to launch a business current account model next year and will be making a bid for a piece of a £833 million competition boosting fund led by RBS.

Starling is best known for its mobile banking app, and last year it went into full swing after receiving a banking licence in July as well as adopting Faster Payments.