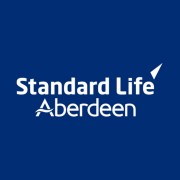 Now, with its adoption of the solution, SLI will be able to support fully automated, electronic straight-through processing (STP).

According to Calastone, it’s the only commercial settlement system designed specifically for the funds industry. The solution automatically matches trades and calculates the net settlement position between each trading counterparty.

This year and the last, Calastone has been busy.

Hargreaves Lansdown, a financial services company based in Bristol, UK, went live with its funds settlement system in 2016. It also expanded its transaction network to New Zealand.

In the same year, Calastone joined the Linux Foundation’s Hyperledger Project. It was one of 30 members from across the fintech space to have joined this blockchain initiative.

Lately, in June 2017, Calastone completed the first phase of its blockchain project.