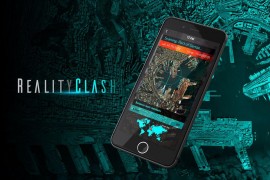 Tokenisation instead of crowdfunding

While the fintech industry is no stranger to initial coin offerings (ICO) as a method of sourcing capital for start-ups, a firm is offering a novel way to make money via cryptocurrency trading.

Enter Reality Clash from Reality Gaming Group, an upcoming augmented reality (AR) game for Android and iOS, which has secured $3.5 million in funding by selling its cryptocurrency, RCC Gold, ahead of the game’s launch.

Different from standard mobile in-app purchases (IAP), the new platform allows users to become a “virtual arms dealer”. Through it, players can either choose to keep their weapons and play the game or use the platform to trade and sell in-game weapons to make real-world money.

In the videogames industry, looking for solutions to funding games can come from several sources, most common of today is crowdfunding – which sees the developers pitch its game to the community using services like Kickstarter and Indiegogo.

The UK’s Financial Conduct Authority (FCA), BBVA and more recently, the European Securities and Markets Authority (ESMA) warned consumers about the risks of ICOs. FCA was particular in its statement:

The ESMA went a step further by saying that it’s “extremely volatile” and vulnerable to money launching and fraud. Tokenisation is different in games compared to in-app purchases (IAP), because of this, there is a higher risk of loss of investment and potential capital.