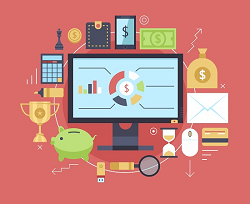 The UK will be the first country outside the US to get the Facebook Messenger payments service. Messenger was launched in the US in 2015 and lets people transfer cash during any conversation within the service.

It’s coming to the UK because it has so many “mobile-savvy consumers”. Flattery might get you everywhere. Facebook says it is working with “all the major banks and credit card firms” to unveil the service. It will roll out to everyone in the UK over the coming weeks.

Staying in the UK, its Payment Systems Regulator (PSR) has published a report on its work to protect consumers from authorised push payment (APP) scams – where people are tricked into sending money to a fraudster. Following its requirement for further information to be collected, the PSR says the industry has, for “the first time”, started to record and understand the scale of APP scams. Statistics published by UK Finance, a new trade body launched in July, show that in the first six months of 2017 alone over 19,000 victims were a target of APP scams involving a total amount of over £100 million.

Led by UK Finance, PSR states that the industry will implement standards that banks will follow when a victim reports an APP scam. Additional initiatives are also being developed – including guidelines for identity verification, authentication and risk assessment (due in 2018); transaction data analytics (starting in 2018); and know your customer (KYC) data sharing for banks (due in 2020). The PSR has “worked closely” with the Financial Conduct Authority (FCA) on these issues. The PSR is also launching a consultation on a “contingent reimbursement model” it believes should be introduced to compensate victims in certain circumstances.

Finally, something not in the UK. Concardis says one year after the beginning of its partnership with Alipay, it has implemented the app, which is based on QR codes, at more than 250 merchants with a total of 1,000 points of sale in Germany – including brands which few journalists could ever afford. Now the two partners are expanding their collaboration. In addition to Germany and Austria, Concardis will now offer Alipay in Switzerland and Benelux.

Following a brief testing phase, all merchants who opted for Alipay and have multiple locations have carried out the territory-wide roll-out. To date, Concardis says the range of amounts for transactions performed with Alipay is from €10 to €14,000.