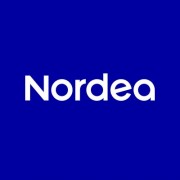 Nordea’s start-up and growth unit has unveiled a new partnership agreement with Nordic Business Angel Network (NordicBAN), a network of start-up investors in the Nordics and Baltics.

The news comes from Nordea’s strategic business developer, Tabitha Cooper, and while there aren’t many details besides the partnership, it does mean Nordea becomes a “Nordic angel”. This means it joins other businesses to invest their “time, networks and capital into the growth of companies”.

NordicBAN itself supports the networking of such active business angels and large cross-border angel investments throughout the region.

Investments can vary per round, but according to NordicBAN, the size is approximately €20,000 per angel/round with 5-30% of shared stake acquired if start-ups are successful.

In October, Nordea and DNB partnered to unify their operations in the Baltics region, and in doing so they formed a new brand of bank called Luminor.

The deal meant Luminor became the third largest financial service provider in the Baltics, with a customer base of 1.3 million. It has a deposits market share of 16%, loans market share of 23% and assets worth €15 billion.