Maybank brings facial and voice recognition to its Maybank2u app 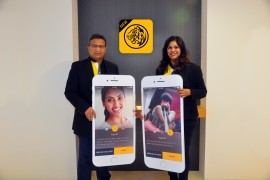 Malaysia’s largest bank, Maybank, has unveiled its facial and voice recognition authentication for its customers accessing their Maybank accounts using its Maybank2u app.

Going alongside Maybank’s fingerprint authentication service launched back in 2015, the addition of facial and voice recognition makes Maybank the first bank in Malaysia to offer three biometric authentication options on a mobile bank app.

Maybank’s head of community financial services, Datuk Hamirullah Boorhan, says after seeing an increased demand for banking on-the-go convenience, the new biometrics capabilities are part of the group’s strategy to strengthen its offering in the digital space.

When it comes to security, Datuk Hamirullah explains, “using a tiered approach to security with different access criteria, combining what the customer knows, what he/she has and where he/she is, will help to reduce fraud and abuse.”

To utilise the new biometric features, customers must have a mobile device with a minimum of 2.0 MP front-facing camera and a built-in microphone.

Currently, the biometric features on the mobile app allow customers to access their accounts and check their balances. Any further transactions require a login with passwords, allowing for multi-factor authentication. Maybank says it is working towards increasing the capabilities of the biometrics to enable customers to authorise transactions in the future.

Maybank isn’t the first to introduce Face ID and Voice ID support for its mobile banking app. Many have adopted too, especially since the arrival of Apple’s iPhone X.

Earlier in the month, OCBC became the first bank in Singapore to launch Face ID recognition for its mobile app.

While in the UK, banks joined in the iPhone X Face ID rush, with TSB and Tesco Bank supporting the feature in their mobile banking apps.