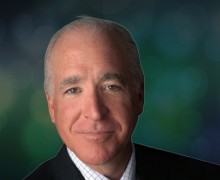 POPin Video Banking Collaboration is merging with BankOn Mobile Video by Financial Town to create “the first interactive mobile video banking solution” for credit unions, banks and other financial service providers in the US.

“POPin is the completion of a lifelong career goal to bring video banking to the masses on all digital platforms,” states Gene Pranger, founder and CEO of POPin Video Banking Collaboration.

He describes the new platform as “the most collaborative platform for any-size financial institution”.

Pranger is the creator of the original video banking platform – interactive teller machine (ITM) – pioneered by uGenius, which sold to NCR Corporation in 2012.

Pranger harnessed mobile video with the introduction of BankOn Mobile Video in 2016 and will now continue to lead the company as CEO of POPin Video Banking Collaboration.

Jed Taylor, former President of uGenius, will become President of POPin Video Banking Collaboration. Taylor was formerly VP of NCR Corporation’s global branch solutions, where he expanded ITMs and video banking across the US and also abroad.