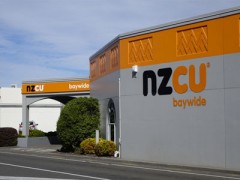 Another member of Co-op Money NZ, the industry body for New Zealand’s credit unions and mutual building societies, is due to go live with a new core banking platform, Oracle FSS’s Flexcube. This is NZCU Baywide.

Earlier this year, the first go-live of the group took place at Aotearoa Credit Union (ACU).

Gavin Earle, CEO of NZCU Baywide, says the upgrade of the credit union’s core system has been “the most significant goal” of the past year.

“It has been no mean feat to take an organisation of our size through this change and there’s been a huge effort by the team to focus on the pending implementation, while also maintaining our day-to-day service at the levels our customers expect. This has paid off with the new technology expected to go live in the very near future,” local publication Reseller News quotes Earle.

Co-op Money NZ embarked on the Flexcube project in early 2016. All in all, nine credit unions in New Zealand will be running the new system once the roll-out is completed.

At the time of announcing the deal, Henry Lynch, CEO of Co-op Money NZ, said Flexcube would “become the one-stop solution for all information across members that will use the system”.

The Oracle FSS solution was chosen by a majority of the organisation’s credit union members “after an in-depth consultative process”, Lynch said. “We are focused on becoming increasingly agile, responsive to member needs and resilient to change, and Flexcube ticked all those boxes for us.”

Outside of the Co-op Money NZ group, Heartland Bank went live with Flexcube in July this year. The cost of the project is understood to be around NZ$22 million ($15.2 million).

Meanwhile, another local bank – Kiwibank – is struggling with its core banking software overhaul. The project, known as CoreMod, was initiated in 2013 with SAP – the German vendor was to replace the legacy tech at Kiwibank with its core banking and payments solutions. However, the entire endeavour was recently put under “strategic review” and NZ$90 million ($62.2 million) was written off.