Following on from the action on Tuesday (21 November), our latest blockchain and Bitcoin round-up focuses on partnerships and future potential. Featuring BDA, Bitstamp, ModulTrade and Bank of Japan.

No mystery for Bermuda when it comes to cryptocurrency; the Bermuda Business Development Agency (BDA) is taking the lead in establishing and growing of digital currency business on the island as part of an initiative by the national government. The plan comes in the form of a two-team task force as an incentive for Bermuda as a destination for utility tokens, tokenised securities, cryptocurrencies, and coin offerings.

The framework for distributed ledger technologies (DLT) would become operational in the country in early 2018. The government says its token issuers would need to join and comply with the code of conduct of the Bermuda Crypto Association to ensure business transparency, know your customer (KYC) and anti-money laundering (AML) 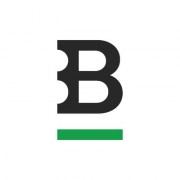 By offering “more flexible” payments, customers will be able to spend USD or EUR using Visa and Mastercard credit or debit cards to purchase bitcoin (BTC), litecoin (LTC), ether (ETH) and ripple (XPR). Now though with a transaction fee decrease from 8% to 5%.

Micro, small and medium enterprises (MSMEs) are prepped to trade, meet and greet as ModulTrade has launched its blockchain based trade platform and marketplace. By utilising blockchain, MSMEs can sell and buy products using ModulTrade’s crypto-token (MTRc) or Ethereum (ETH).

The platform technology uses Ethereum, a NodeJS back-end as well as a JavaScript enabled front-end, with support for HTML, CSS with Scala or Python options available in the future. Logistics company DHL is also integrated to provide a security layer to signal across the release of funds once goods have been received.

Finally, Bank of Japan (BOJ) had a few things to say about the future of digital currencies. According to Reuters, Hiromi Yamaoka, head of the BOJ’s payment and settlement systems, says digital currencies are “too far off” and won’t be replacing physical money anytime soon.

While this may be a no-brainer, Japan has become one of the front-runners in the fintech industry with the government recently recognising Bitcoin as legal tender. The BOJ is setting up a team to offer guidance to banks seeking business opportunities in DLT. However, while the potential is there, BOJ has said blockchains “are not mature enough to power the world’s biggest payment systems”.