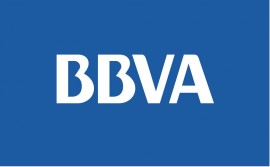 Built on distributed ledger technology (DLT) and blockchain, BBVA says it used Wave’s solution to reduce the time required to send, verify and authorise an international trade transaction, which generally takes from seven to ten days, to under three hours.

The pilot was run on a transaction between Mexico and Spain, in which Spanish Company, Frime bought 25 tons of frozen tuna from Pinsa Congelados in México. The payment was made using a letter of credit. BBVA Spain issued the credit, and BBVA Bancomer processed the payment.

To BBVA the pilot demonstrated the potential blockchain uses in the import/export process. The pilot focused on electronic document submission. In the future, it could be applied to the final credit card payment and financing of the operations.

Back in March, BBVA joined as an official member of the Linux Foundation’s open-source collaborative blockchain project Hyperledger. It joined American Express, the Bank of England, SAP, Wells Fargo and Thomson Reuters.

BBVA is also joined with enterprise software firm, R3 and 22 of its member banks to develop a solutions that leverages DLT to enable “fast, efficient and cost-effective” cross-border payments.