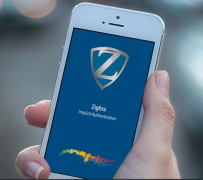 By running machine learning and behavioural authentication algorithms, SensifyID is able to monitor user activity within an app combined with data such as device information and environmental factors to offer continuous proof of the user’s identity. The Canada-based company built SensifyID based on its algorithms that learn user behavior within 15 user interactions. The technology works in both online and offline modes.

“The rise of mobile transactions and on-demand services have opened the door for well-organised, ill-intentioned actors to compromise accounts and commit fraudulent transactions across apps in banking, commerce and other industries,” says Deepak Dutt, CEO of Zighra.

“By adding SensifyID to our suite of AI-powered analytics, we are taking behavioural authentication to the next level by creating a unique, personalised cognitive profile that cannot be stolen or altered by humans or bots.” he claims. “Businesses that use Zighra’s SensifyID will know exactly when they are interacting with a human customer and when they are not, down to the very second.”

Zighra was founded in 2009. It says its KineticID product protects users with more than 700 device types in more than 70 countries. The company’s technology tracks more than over 900 human and environmental traits such as device, network, social, location, behavioural and biometric intelligence, as well as human-machine and machine-machine interactions.

In August, Zighra appointed Hari Koduvely as chief data scientist and in December of 2016, the company closed a $1 million round of funding.