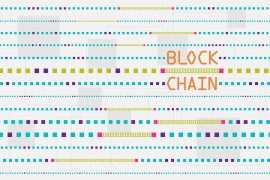 “LA Ledger is all about networking,” says Sveinung Dyrdal, a director at Norwegian CSD VPS. “We call it a collateral ecosystem with a number of possible connections between the CSDs. Like social media networks, the benefits will increase as more members join the ecosystem, bringing with them clients who can add domestic securities to the collateral pool that can be deployed internationally.”

Although LA Ledger is a closed-group DL, it is open to new participants, he added, observing the group is a “friendly initiative” that won’t take value from CSDs. To date, the PoC has built a strong base for growth and the participants would like to see more potential members.

In joining the group, VPS has done what industry observers believe will be crucial for the survival of smaller CSDs – innovate. “We are a relatively small CSD in a relatively small market and need to be innovative and differentiate ourselves,” said Dyrdal. “When we talk to our clients in Norway, particularly the banks, they demand more efficient cross-border collateral mobilisation. They are keen to use Norwegian securities for their international exposures.”

The “bottom line” for VPS, he said, was the more efficient cross-border use of collateral. “We want to see a bigger LA Ledger family; we’d like to see the initiative grow”.

LA Ledger was launched in January by four CSDs: the Canadian Depository for Securities, Clearstream in Luxembourg, South Africa’s Strate and VPS. They are working on the PoC with Deutsche Börse. The prototype is based on the Hyperledger Fabric blockchain. Validation by regulatory authorities and market participants is under way.

Brian Gelfand, vice-president at the Canadian depository, said the legal underpinnings of using DLT for collateral mobilisation were “still evolving”. The group has taken “a very deep dive into the legal and regulatory aspects of moving collateral across borders on distributed ledgers”.

The legal and regulatory aspects were presenting some of the most challenging issues for the group. “This is a very innovative model for moving collateral that has to fit into a legal and regulatory regime that has evolved slowly over very many decades. It is an interesting undertaking for us and regulators are also very engaged with this.”

Elsewhere yesterday, Swift announced that it has established ISO 20022-based connectivity to Denmark’s CSD, VP Securities. The service will be launched in 2018 and will provide banks with fully standardised communication with VPS.