As Fintech Ramps Up, Europe’s Banking Regulator Is On the Move 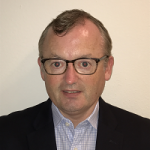 In a few weeks the European Commission will begin voting on a new home for the European Banking Authority (EBA). Currently in London’s Canary Wharf financial district, the European Union’s investment and banking regulator must move due to the impending British exit from the EU.

Eight EU nations are bidding to land the prestigious banking authority, among them European heavyweights such as Germany and France, as well as Ireland, Austria, the Czech Republic and Poland.

The ultimate decision on a new home will take place in November. One EU internal review suggested that the EBA be merged with the European Insurance and Occupational Pensions Authority in Frankfurt, though a final outcome is undetermined. What is certain is that the agency is leaving the U.K., and soon.

Government agencies themselves are not economically important. The EBA, wherever it ends up, would bring with it 159 workers and their families. Yet many countries want to host EU agencies for the validation it brings and for a chance to create an industry-related ecosystem around the agency itself.

Placement can be power, especially when it comes to government oversight. It’s no accident that the banking authority originally located its main office in London’s busy financial center, near many of the world’s biggest global banks.

Established in 2011, the agency’s major focus is writing and updating the Single European Rulebook on banking. The EBA is part of the overarching European System of Financial Supervision (ESFS), which is tasked with creating continuity and transparency among EU member states in matters of financial regulation.

Britain’s exit from the EU doesn’t alter that mission, but it does create a problem: Where is the best place to relocate an agency whose job is to develop technical standards and guidelines for banks in more than two dozen countries?

It’s a hugely important task, not the least of which is to monitor the health of EU banks and provide accurate information on the bloc’s financial system to investors worldwide. A significant portion of the EBA’s mission, too, is to establish safeguards for consumer protection and monitor financial innovation.

Those last two goals are increasingly relevant to the financial services industry. Banking services in the developed and developing worlds are experiencing a sea change. Savers and investors now conduct complex transactions online as a matter of habit, often on mobile devices. By 2021, an estimated 3 billion people will do so. Meanwhile, a host of new technologies (christened “fintech” by the banking industry press) promises to widen banking and investment participation as never before.

A key methodology of the EBA is to convene stakeholders in the banking industry for consultation. That process includes bank executives but also bank employees, customers and academics. Working groups and standing committees are a major part of the agency’s mission of inclusion when writing regulation.

Ireland’s ‘Edge’ as the EBA’s Home

For that reason, proximity to talent and technology counts. Ireland has formally lodged a bid to host the EBA in Dublin, one which is currently under consideration. Ireland has been a significant financial center in the European context for more than 30 years and has been working for decades on creating a modern, open economy that supports innovation in the financial sector.

Since the shock Brexit decision, a number of the world’s top banks have announced they will expand operations in Ireland, among them Citi, Barclays and TD Securities. Bank of America Merrill Lynch has made Dublin its preferred hub for the EU. J.P. Morgan just bought a planned city-center office block in Dublin that can hold 1,000 employees.

Global banks choose Ireland for the same reason technology firms such as Facebook, Google and Twitter locate here: An educated, English-speaking labor force, a central location between the financial hubs of America and Europe, and unwavering support from the Irish government.

The EBA is looking for a new home in Europe at a very sensitive time for the banking sector. European banks went through the recent global economic crisis and now are back in growth mode, yet increased competition from financial technologies is disrupting the sector and changing banking business models.

The world’s biggest banks thus are moving quickly to adapt to the world of fintech, eager to access customers who prefer digital ways of managing their money. It’s hardly surprising, then, to find some of the world’s fastest-growing fintech firms in Ireland, as well.

The growth has been strongest in the payments arena, the heart of banking. Dublin hosts offices of many vibrant innovators, including Kabbage, Yapstone and Stripe. PayPal, one of the early leaders in the field, recently created 1,400 new jobs in its European Operations Center in Dublin, raising the Silicon Valley firm’s total Irish workforce to 2,900.

Ireland’s great strength in regard to the EBA’s eventual home is a broad-based, innovation-centric culture already in place. Major global banks, a growing fintech hub and an important number of support industries have sprung up here. Given that the purpose of the EBA is to convene and communicate stakeholders before writing regulation, few places in the EU offer such a strong, existing finance ecosystem while still providing a competitive cost of labor.

Ultimately, the decision will be taken in the margins of the EU General Affairs Council, a decision that will be made in short order. Getting the synergy right between private investment and public oversight is as much about place as size, as much about culture as the street address. As the commissioners debate, the global banking industry in Ireland will be watching, ready to engage.

David Gaskin is vice president, financial services, West Coast, at IDA Ireland, the agency responsible for the attraction and development of foreign direct investment in Ireland. David is responsible for working with U.S. financial services companies on the West Coast to help them establish and develop an international presence in Ireland. He may be reached at [email protected].