Bill & Melinda Gates Foundation to launch underbanked service with Dwolla, Ripple and others 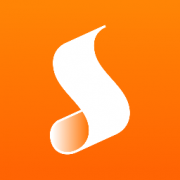 The Bill & Melinda Gates Foundation has launched a new service created with in partnership with Dwolla, along with collaboration with Ripple, Crosslake Technologies, ModusBox, and Software Group.

Called Mojaloop, the system is named after the Swahili word for “one.” The programme is aimed to empower local, unbanked communities by offering a single, secure, digital payment method that replaces the use of cash, which is inconvenient and often insecure. The code is secure and interoperable and can be used at scale to serve an entire country or region, and the open-source nature enables developers to build, enhance, or adapt the code to suit specific needs.

“Imagine your life without banking. How would you pay your bills? Or store your money for safe-keeping? For two billion people around the world, these challenges are very real,” the launch video for Mojaloop begins. It goes on to explain that the service helps users spend and save money easily and securely, while offering financial providers access to a group of new clients.

Before creating Mojaloop, Dwolla undertook market research that took “countless calls, work-sessions, and meetings” to curate. The company describes Mojaloop as “a true victory for the development of global payments” and said that the project “evens the playing field, so everyone can benefit from the sophistication of a ubiquitous payments infrastructure.”

Participating in the Mojaloop project, Dwolla says it drew from its experience in creating FiSync, and leveraged ideas from its Fast Payments Proposal. “We are excited to see where the Gates Foundation and the open-source community, continues to strive to find a payments solution for the betterment of the global economy,” Dwolla says.

Dwolla was founded in 2008 and is headquartered in Des Moines, Iowa. Earlier this summer, the company added a multi-user feature to its Access API dashboard. In May, Dwolla teamed up with Plaid to offer a fully tokenised ACH payment integration. Ben Milne is founder and CEO.