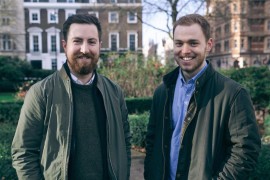 Credit Kudos, a challenger credit bureau, has received the green light from the UK’s regulator, Financial Conduct Authority (FCA), to operate as a credit reference agency.

Credit Kudos, which is developing a financial behaviour score (FBS), says the authorisation means “putting its stake in the ground and taking on industry olds – Experian and Equifax”.

Traditional credit scores use past credit repayments as a predictor, while Credit Kudos’ FBS uses “live” data on the way you spend/save to predict your likelihood to repay, the company explains.

Credit Kudos was set up in 2015 by Freddy Kelly and Matt Schofield and has been providing decision data for a group of pilot lenders since early 2016. It has raised over £500,000 in venture capital funding to date.

The company says the idea started out of Kelly’s “frustration with the cumbersome processes required to apply for credit in the UK”.

Credit Kudos is “building a new breed of credit scoring system to tackle the problem of increasingly persistent consumer debt”, the founders say.

“Instead of relying on slow, outdated measures of creditworthiness, Credit Kudos has built a process that monitors your financial behaviour in real-time, reporting back an FBS that is truly reflective of a borrower.

“This includes data around whether the individual is saving and how regularly, how timely their bill payments are, whether they have set long-term financial goals, whether they set a monthly household budget, etc.

“Replicating the progress of Telematics in the car insurance industry, whereby inexperienced drivers are now able to demonstrate safe driving using sensors and GPS units fitted to their car, Credit Kudos is now giving borrowers access to credit without having to pay the exorbitant interest fees that lenders often impose because of their own inability to properly assess the borrower’s ability to repay.”

Matt Nunn, head of credit for Bamboo, a UK-based lender and an early adopter of the solution, says Credit Kudos “differentiates itself from alternatives with a truly slick customer journey and a powerful vision of how customers’ personal information can drive better outcomes”.

He adds Bamboo is “progressing to full scale roll-out of the product”.