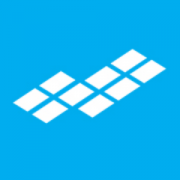 Here’s a quick update from Julie Muhn at Finovate (Banking Technology‘s sister company) on an earlier report that social trading company Ayondo would not be undergoing a reverse takeover (RTO) IPO due to a lapsed bid from Singapore-based property developer, Starland Holdings.

Ayondo has now announced that, despite the bid falling through, it is determined to become the first fintech company to IPO on the Singapore Stock Exchange (SGX).

The Frankfurt-based company’s CEO Robert Lempka says, “The end of the RTO opens up the way for Ayondo to pursue an IPO instead. The preparation work for an RTO and IPO is almost identical in Singapore and therefore provision is made for a listing in early 2018.”

Other parties involved in the listing include sponsor, UOB Kay Hian Private Limited, as well as SGX. Both continue to support Ayondo in its listing efforts.