A blockchain smartphone – the future of devices or a buzzword parasite? 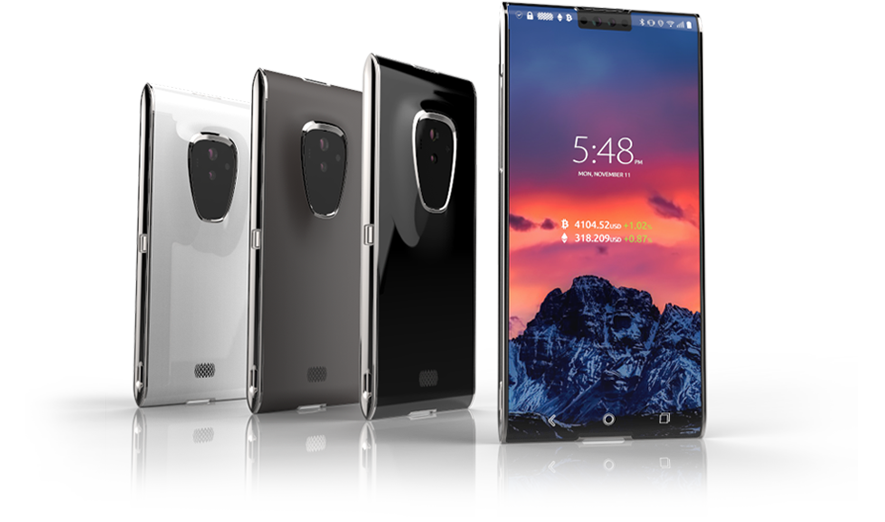 Sirin Labs is a recognisable name if you know where to look. Last year, it brought you a £11,400 smartphone with “military grade” security, and now it wants to bring you a blockchain smartphone called Finney, reports Telecoms.com (Banking Technology’s sister publication).

The smartphone industry seems to have finally woken up to the idea that software is the way to differentiate, and with this in mind, Sirin Labs CEO Moshe Hogeg has leeched onto the buzziest of buzzwords; blockchain. Hogeg’s attempt to capture the hearts and minds of the wealthy (or at least those with more money than sense) failed quite spectacularly, and we’re slightly sceptical whether the tides will change for this one.

“We’re paying close attention to the feedback we’ve received for Solarin, [previous secured Android smartphone] and while Solarin is still being sold and serviced, we decided to take the core offering and to wrap it with a new sleek design that’s a fraction of the cost, so it can serve the crypto community, and their growing need for enhanced security.”

The official line is the devices are designed ‘from the ground up on an independent, fee-less blockchain specifically for crypto wallets, applications and shared resources’. It is being sold on the idea of security, and perhaps ignorance.

Blockchain is certainly more secure in the sense that a distributed network has no central point of corruption or failure, but what does this have to do with smartphones? Is Hogeg simply shouting about blockchain as he is reliant on the idea most people will be too embarrassed to let others know they don’t know what it actually means.

But where will the money come from, we hear you ask. Well a crowdsourcing event of course.

The crowdsourcing event is an interesting one, as it could indicate one of three things. Firstly, Hogeg dropped all his cash into the development of Solarin and can’t fund the new venture himself. Secondly, he might not have the confidence to invest his own cash after being burnt by the first ridiculous idea. Or, he has had a chat with the VC community, and they have told him where to stuff his blockchain phone.

Whichever is correct, it doesn’t necessarily get the life of the smartphone off to the greatest start. At the crowdsourcing event, you will be able to buy a cryptocurrency (SRN) which Hogeg is creating only for purchasing Sirin Labs products and services. Fair play to Hogeg for creative thinking, buy something off me which doesn’t actually exist, with the promise you’ll get something which doesn’t actually exist yet. Hogeg is quite literally trying to create something out of thin air. Sounds a little bit suspect.

Another slightly suspect aspect of the plan is the operating system. This does seem to be one of the more prominent selling points of the device, but work on the operating system won’t start until $100 million has been raised. Once $50 million has been raised development of the smartphone will begin, but there doesn’t seem to be any indication of what happens if the funding thresholds are not reached.

Let’s say Hogeg reaches, $75 million through sales of the cryptocurrency. Does that mean the smartphone will be developed but not the operating system? What happens is he only raises $37 million – will development of the smartphone begin? Will the idea be scrapped and people refunded? Or will there just be another cryptocurrency on the market which can only be used with Sirin Labs and Hogeg ends up $37 million richer? It all seems a little bit dodgy.

Should the device make it into the hands of the consumer, SRN tokens will be able to be used to fuel the ‘P2P resource sharing ecosystem’. Every time you do something for someone else who has a Finney device you get rewarded. Connectivity is an example, we assume some sort of Finney specific mobile hotspot, or trading battery power with another user. It sounds like a lovely idea, but it is pretty reliant on mass market penetration of the device. And considering it costs $999, we are once again a little bit sceptical.

The operating system will be released as open source once it is finished (assuming it does get finished of course), allowing other OEMs to adopt the Finney architecture, the software platform, and the SRN currency. It’ll essentially be going head-to-head with Android.

The whole thing sounds so ridiculous, more like a wind-up than a piece of news, but we promise you it is true. Hogeg wants you to buy cryptocurrency which can only be used with his company, to fuel the development of a smartphone, the success of which is dependent on mass market penetration.

We wouldn’t trust him with our wallet, but you can’t say this guy isn’t ambitious.