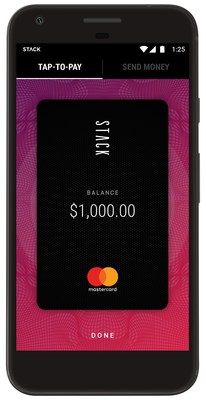 There’s a new fintech challenger in town. Toronto-based STACK announced its partnership with Mastercard two weeks ahead of the beta launch of its mobile financial services app and companion prepaid card.

More than 20,000 Canadians have registered for the beta app, which will begin onboarding users later in September through Google Play. A public launch for Android and Apple devices is planned for later this year, the company says.

A fee-free alternative to traditional banking, STACK combines “advanced” machine learning with customizable tools to deliver “a smarter way to spend, save and share your money,” straight from your smartphone. STACK also says it will be the first financial services provider to offer instant access to multicurrency and crypto wallets.

In addition to NFC-enabled transactions via the STACK app, the chip-and-PIN Mastercard prepaid card bridges the gap to those retailers and ATMs that aren’t equipped with NFC. The app also includes automated savings, instant rewards and social sharing.

STACK picks up where the now-defunct suretap mobile wallet left off. However, where suretap’s primary goal seemed to be to serve as a mobile wallet, STACK is looking to replace traditional bank accounts.

Originally a mobile wallet and companion prepaid card developed by Rogers Communications, suretap later expanded to Canadian consumers regardless of their mobile carriers. Spun off as a separate entity in 2015, suretap discontinued its prepaid card in March of 2016 and later shutdown altogether. Empty Lot Software Inc. acquired the suretap wallet platform in July.