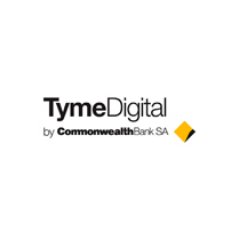 Tyme is of the essence

TymeDigital, a South African online money transfer business bought by Commonwealth Bank of Australia (CBA) two years ago, has been granted a banking licence. The first licence issued to a new bank by the South African Reserve Bank (SARB) since 1999.

TymeDigital CEO Sandile Shabalala says: “This is a key milestone in our plans to launch a full-service digital bank and disrupt banking in South Africa.”

TymeDigital is set to challenge Capitec’s rise as a low-cost bank, which has sparked a price war in South Africa, a country where many people can’t afford an account. According to Nielsen research, only around half of the 55 million population have bank accounts, mostly due to the charges involved.

The bank will launch in the second quarter of 2018. It plans to offer bank accounts that allow customers to deposit and withdraw money at Pick n Pay stores. Currently it operates the money transfer service in partnership with Pick n Pay and Boxer, with a 200,000 customer base for the service.