Will fintech cause the next financial crisis?

A recent opinion piece in Bloomberg suggested that the next financial crisis could spring from Silicon Valley instead of Wall Street. While the article acknowledges that “fintech has broadened access to capital to new and underserved groups, making finance more democratic than it has ever been”, it cautions that “revolutions often end in destruction”.

We reached out to payments industry experts on both sides of the pond to get their takes on the idea that fintech could pose a threat to the economy. Here’s what they had to say: 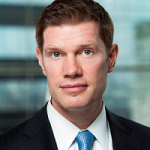 Characterizing rapid innovation as a source of risk is natural. As in any industry, however, the reward of encouraging evolution in the financial sector is long-term stability. The future will bring challenges that we cannot currently anticipate. Industries that encourage creativity and innovation will be best able to adapt to these future challenges. In the meantime, many fintech companies will fail, of course. That’s capitalism. But these failures are unlikely to cause a broad financial crisis. Fintech companies—whether viewed individually or collectively—are nowhere near the size of the money center banks at the center of the last financial crisis. The failure of fintech companies, therefore, is unlikely to destabilize the financial markets. On balance, the innovation that we currently see in the fintech industry should be viewed as a source of strength, rather than as a threat. 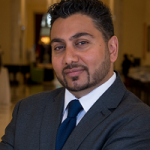 The next financial crisis will not be triggered by the fintech sector for a number of reasons. The very reason the fintech sector evolved is because the traditional players were either unable to innovate quickly enough to provide solutions to end customers or bring products to market on restricted budgets.

There’s no doubt that some fintechs have had excessive multiples on their valuations, but as long as their products continue to solve existing problems and they acquire customers with relative ease, investors will keep pumping money into the venture.

Inevitably, there will be casualties in the sector when investors no longer see any return on investment and pull the plug on funding. Although this may effect overall sentiment for fintech investment, the fallout is isolated and will not mean end customers have lost money unless they have specifically invested themselves. Let not forget that for any fintech’s that are providing services with stored value [in the U.K. and EU], these funds are safeguarded in “ring fenced’’ accounts held in tier-one banks. Even the hype around ICOs is isolated from the rest of the financial sector, which is warning the public of their imminent demise. 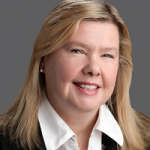 Are fintechs dangerous? William Magnuson argues that the next financial crisis likely will be caused by fintechs rather than banks and other large financial institutions.

While he makes some interesting points (for example, I agree wholeheartedly with the suggestion that the sandbox approach used in many other countries would be an excellent option to use here in the U.S.) I believe there is an essential flaw in his analysis on the risks posed by emerging fintech companies.

He appears to assume that given the complexities of new technologies, regulators are not focusing on fintechs, and the nascent fintech industry is developing without regulatory oversight. However, as a lawyer working with many fintechs both in the U.S. and globally, I see a very different picture.

Regulators and law enforcement are very worried and even suspicious about the emerging fintech industry. The Department of Treasury’s Financial Crimes Enforcement Network (FinCEN) moved quickly to regulate prepaid payments and virtual currencies. Numerous states have extended their money transmitter licensing regimes to fintechs. Government agencies such as the CFPB and SEC have issued warnings about new fintech programs. The recent boom in initial coin offerings (ICOs) has resulted in SEC warnings and enforcement proceedings.

The regulatory landscape for emerging fintech businesses is not simple or easy. Any lawyer who works in this space knows that one cannot underestimate the risks of launching new products or services when there is so much scrutiny and distrust by regulators and law enforcement. 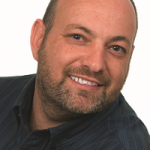 The fintech boom is certainly a bubble, and will some people lose money: Yes. But will it cause a financial crisis: No.

The last financial crisis caused banks to fail. This in turn had major economic structural effects on global economies. If an Uber failed tomorrow, there are already lots of competitors that would step in and provide employment for those drivers.

What perhaps is more concerning and interesting is the rise and power of the new global corporates such as Apple, Amazon, Google with money and wealth larger than many countries. But even if one of those companies failed, would it cause a financial crash: No. Would it, could it cause some hardship for some people: Yes, but the world of fintechs is so fragmented that even a major company going under would merely leave room for new players to emerge.

Just like in a forest when a large tree is cut down, you quickly see that where before it had cast a shadow new saplings that can finally receive sunlight are growing. 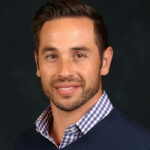 Rather than debate the many mis/overstatements in this op-ed, I’ll focus on two points to highlight: 1) the difference between the first financial crisis (the “Wall Street Slip Up”) and the second (the “Fintech Failing”) that hasn’t happened yet, and 2) that fintech being complicated doesn’t make it inherently bad. Rocket science is complicated, but no one is saying that scientist are going to cause the next collapse.

As someone who’s been involved with fintech companies for almost 10 years, I am constantly amazed how little people (regulators and reporters alike) who cover the space actually know about the industry. Aside from bailouts, what was the response to the 2008 financial crises? Regulation.

Nonbank financial technology companies are subject to some of the most expensive/onerous compliance requirements of any new business out there. The costs of compliance make it increasingly challenging for new firms to become profitable and innovate. Yet, time and time again, whether it is members of Congress, the director of the Consumer Financial Protection Bureau, or a writer at Bloomberg, we hear that fintech is un/under-regulated.

Hard to monitor? Nonsense. Most fintech companies are licensed, registered in some form or another or are operating in partnership/under the supervision of a bank. How can the cure for the last collapse (more oversight/regulation) be the cause of the next one?

Very few, if any, fintech companies are operating outside of the main financial systems. Most fintech companies are looking to improve the customer experience and not change legacy banking systems. By Mr. Magnuson’s own words, “fintech has greased the wheels of finance, making it faster and more efficient. It has also broadened access to capital to new and underserved groups, making finance more democratic than it has ever been.” Those are good things.

Everyone knows that our financial systems are outdated, but the cost to replace them to date has been more than any one “disruptor” can bear. Therefore, the discussions about a fragmented, highly complicated, unregulated, series of startups that can innovate in the dark is really a case of #fakenews. 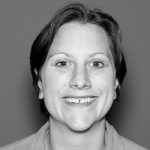 In the European market, we’ve seen a huge amount of investment funding aimed at fintech, whether via traditional means of venture capital or the now-popular crowdfunding. It has meant that disruptors have been able to grab customers with fee-free models, which has proven incredibly risky.

The U.K. market particularly has seen disruption with prepaid products being the foundation for challenger banks. The call for open and fair access to the banking system has been answered, and there is a line of potential new suppliers preparing products for when this goes live. This poses risks that the regulator has under serious consideration.

Industry traditionalists in the European market are concerned that it takes one fintech to collapse or experience a breach and it could have a catastrophic impact on the market; however, big banks are still looking at collaborations. The market poses a great deal of opportunity currently, but with all change comes an element of risk. 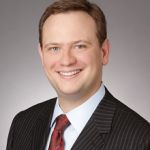 Just because a regulatory scheme is “old and outdated” doesn’t mean it doesn’t apply. Often it does apply—forcing companies to find ways to comply with requirements that might be inappropriate. (That’s the benefit of a regulatory sandbox—providing regulatory relief—which the author curiously lauds immediately after decrying the (nonexistent) lack of regulation.)

Also, the “Wall Street v. Silicon Valley” narrative that serves as the backdrop for the argument doesn’t reflect the fact that there is a lot of cooperation and integration among fintech innovators and traditional financial institutions. As a general rule, fintech companies are more likely to partner with, license their technologies to, or even be acquired by major financial institutions than to completely displace them. For example, remember when conventional wisdom said that plucky startups with online trading platforms were going to topple old line brokerage brands like Fidelity, Charles Schwab, Edward Jones, etc.? Old financial dogs might not come up with the new tricks, but they can still learn them.