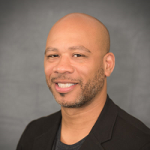 Walton is a global bank operations specialist with expertise in international payments. Following his graduation from the United States Naval Academy 1999, Walton served in the Navy for six years, including a tour at the Pentagon as a briefer to Naval leadership.

Walton joined B2B payment provider Ruesch International as Director of Operations in 2005, then went on to become director of operations for North America and Europe, following an acquisition by Travelex in 2007. By 2012, Walton was overseeing banking operations for Western Union business solutions. He was promoted to head of global operations in 2016.

In his new role, Walton will develop and implement business strategies and payment improvements for Hyperwallet’s global financial network. Walton will work alongside Hyperwallet’s bank providers and financial partners to streamline operations and improve the company’s overall service delivery model, the company says.